Musukebba Corr, commissioner of domestic tax at the Gambia Revenue Authority (GRA) was again at the Tax Commission yesterday, where she told the commission that Lawyer Amie Bensouda was still owing an outstanding balance, which does not reflect in the current list, which she said must have been an oversight.

Ms Corr told the commission that she had the assessments of Africell for 2010 and 2011, and also had the annual returns in the company file.

Among the companies that submitted their payment plan, one of them was GNIC, Corr told the commission, but did not know whether the payment plan was duly complied with.

The commission at that juncture ordered the witness to provide the commission with the list of companies that made a payment plan, and their arrears.

She told the commission that the total outstanding tax liabilities from 2007 to date was D231, 288,056, and that any taxpayer who paid less than D1 million was excluded from this list.

Ms Corr added that they have two enforcement units for domestic tax, and one is headed by a senior enforcement officer and supervised by a manager, with the other headed by one Elizabeth Kene.

Also testifying was Louis Gillen, deputy commissioner at large tax unit, who also told the commission that his section has an enforcement and audit section, adding that they carry out audits on the taxpayers, and to make sure that the taxpayers carry out their obligations.

He stated that from 2008 to 2011, he could not remember the number of payment plans he had received, but for this year they had made payment plans for Sheraton Spa and Resort, GNIC, and Badala Park Hotel, among others.

The witness explained that they take action against taxpayers who defaulted and did not comply with their payment plan, and they face a penalty and interest payment.

He added that he had recently audited Comium for the PAYE and sales tax, adding that he was not sure whether Comium was indebted, but Qcell was currently not audited.

The witness adduced that he can provide the audit report of Comium, but he could not remember the number of large tax payers he had audited this year, but it was about 25 out of 324 large taxpayers.

The witness was ordered to provide the commission with the copy of the audited report of large taxpayers he had audited. 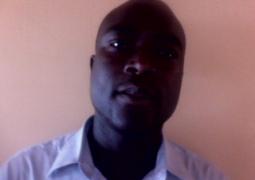 Boko Haram must be dealt with? 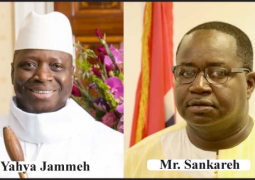