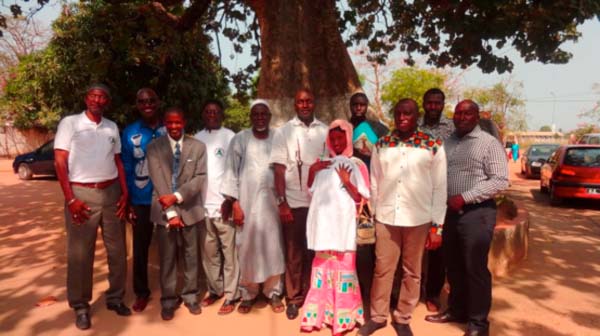 The head of Public Corporate Affairs at the Gambia Revenue Authority (GRA), Ousman Bah, has challenged ECOWAS citizens to deepen their understanding of why ECOWAS exists.

After 30 years of existence the level of understanding of the masses about the ECOWAS protocol is still low, according to Bah.

Mr Bah was speaking at a joint briefing session with the Director of ENDA CACID based in Dakar and his team, who were in The Gambia for a three-day visit with their counterparts.

He added that many people do not know what ECOWAS is all about, and what it stands for in the sub-region.

Achieving the ECOWAS integration goal is a collective responsibility for all and sundry, and that it is necessary to ensure people are well sensitised on the ECOWAS protocol and get educated more about the need for a regional integration and its importance in the sub-region.

He commended the Senegalese delegation for their visit to The Gambia, geared towards promoting and strengthening regional integration among ECOWAS citizens.

Mr Bah further said regional integration involves a lot of commitment in achieving the free movement of people and goods in the sub-region.

Amadu Taal, Director of Worldview The Gambia, thanked the director of ENDA CACID and his team for visiting their counterparts in The Gambia, as well as convening a consultative meeting in a bid to strengthen the regional integration process, and lay down other strategies for better implementation of the ECOWAS protocol in the sub-region.

Mr Taal said knowing the legal instrument involved in the free movement of people and goods in the sub-region remains a cause for concern by the community.

He said for people to take ownership of the protocol, there is a need for more sensitisation at the grassroots community level to better understand the protocol signed by the heads of state.

He also recommended the need to build the capacity of the community on issues related to the ECOWAS protocol in the sub region, and challenged civil society organisations to show more commitment in moving the agenda forward.

According to Mr Taal, there is a need to involve the media in various member countries for effective implementation of the ECOWAS protocol.

“The involvement of the media using their medium of communication is key and necessary for the benefit of the community at the grassroots level.”

He recommended that the consultative meeting with civil society organisations and members of the private sector should not be limited to three countries namely, Senegal, Guinea Bissau and The Gambia, but should involve all ECOWAS member countries.

Also speaking was the Executive Director of TANGO, Ousman Yabo, who said recommendations were made during the briefing, and plans are under way to implement them by creating more awareness campaigns through capacity building with the support of ENDA ACID.

He said one of the major recommendations emerging from the meeting was to have an ECOWAS Day, whereby school children and local communities are brought on board to better popularize the aims and objectives of ECOWAS.

Mr Yabo stressed that the way forward in achieving regional integration for free movement of people and goods in the sub-region is collective participation of all and sundry. 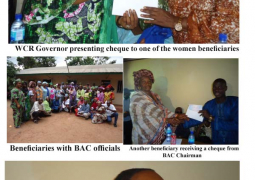