After sunset today, at the Alliance Franco Gambienne, on Kairaba Avenue, the bliss of human life is expected to rise above nature as Musa Jobarteh, an afro-manding musician for Mama Africa Band, performs on stage to entertain his fans and music lovers in celebration of his first album.

The album, which contains six tracks, is expected to take lives to cloud nine as it is launched with aromas of its melody and lyrics ascending to the skies.

Speaking in a telephone interview with Entertainment on Thursday, Musa Jobarteh said they are launching his first album in tandem with their third anniversary today at the Alliance Franco.

The afro-manding musician told Entertainment that they are coming with different ways to surprise the music industry by playing different types of African music.

Jobarteh thanks all those who have supported him in launching his album, especially Isha Fofana of Mama Africa and the management of Alliance Franco for sponsoring the album.

He therefore called on all his fans to come and support the launching of the album, saying guest artistes for the occasion include Sambou Susso, Sheriffo Kanteh, Fanta Sumano from Mali, Mariama Mesima and others. 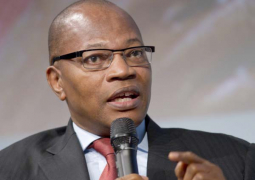