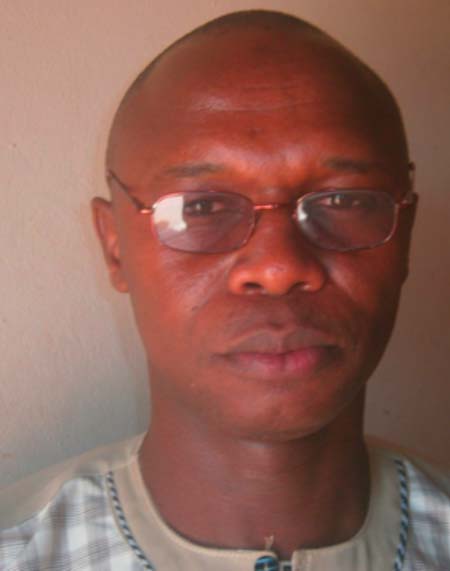 This was revealed in the chairman’s report during the 16th Annual General Meeting of the GPFCCU, held on Friday at the KMC Multipurpose Centre.

In his report, the chairman of the GPFCCU, Assistant Superintendent of Police Habibou Sanyang, and the station officer at Kairaba Police Station, said the annual general meeting was a requirement for the board of the institution to organize annually.

It was a period for reflection and an opportunity to discuss with their members matters affecting the credit union, as well as the way forward, ASP Sanyang said.

He said the theme for this year’s AGM is “Credit Union savings our pathway to economic independence.”

“This could not come at a better time than now when the credit union movement has shown a great resilience and directed its resources towards bettering the lives of its members by encouraging members to save and help them to manage and spend those savings wisely,” he said.

He said the activities over the year under review has been a challenging one, yet they have not relented to make sure that members’ satisfaction, progress and growth of the credit union were not being compromised.

As indicated by the percentage increased, the GPFCCU had realised a steady membership growth despite some challenges, meaning members and non-members alike still have confidence in the credit union movement, he stated.

“We as a board will continue our campaign and also employ new strategies to ensure that more members are registered in 2015,” he said. Regarding share branching, the chairman said the GPFCCU in collaboration with NACCUG and other sister credit unions, saw the need to move the services of the credit union across the country, ASP Sanyang said.

Consequently, six centres have been jointly identified, and before the end of the year would be fully operational.

As part of this development and for the purpose of effective monitoring, the management decided to purchase a new Nissan pick-up 4x4 to support the old Nissan Patrol that was already in use, he said.

In his statement, the Police Commissioner of Administration, Abdoulie Sanyang, said the AGM witnessed yet another stock-taking and to celebrate the landmark achievements registered by the GPFCCU.

He acknowledged the remarkable achievements of the union, and implored the board and management to innovate more to better serve the members.

“I am cognizant of the union’s diversification in terms of its investment portfolio such as treasury bills, fixed deposits and NACCUG central financial facility,” the police commissioner said.

He further reaffirmed the police management’s readiness and that of services chiefs, to stand by the union through thick and thin to consolidate the gains registered.

In declaring the AGM open, the deputy permanent secretary at the Ministry of Interior, DPS Tangara, said the importance of the AGM could not be overemphasised.

The AGM was a forum where the board informs the general assembly on what has been done during the year under review, he said.

He added that the fundamental objective of any credit union is to strengthen the culture of savings and deliver quality services to its members.

“The financial burden of our officers/members has been drastically reduced by GPFCCU. Today officers have easy access to loans at a lower interest rate compared to other financial institutions,” DPS Tangara said.

He also said the credit union has been a reliable reference point for effective mobilization of savings, and fair distribution of microcredit services to the members.

He acknowledged the success through the apex body NACCUG and equally solicited other supporting partners for their immense commitment and cooperation in facilitating the growth and development of the institution.

DPS Tangara thanked the GPFCCU management and the board for their commitment and hard work, and members for their cooperation since the union was founded.

It was with hard work, honesty, dedication and cooperation that GPFCCU was able to make these unprecedented achievements, he said.