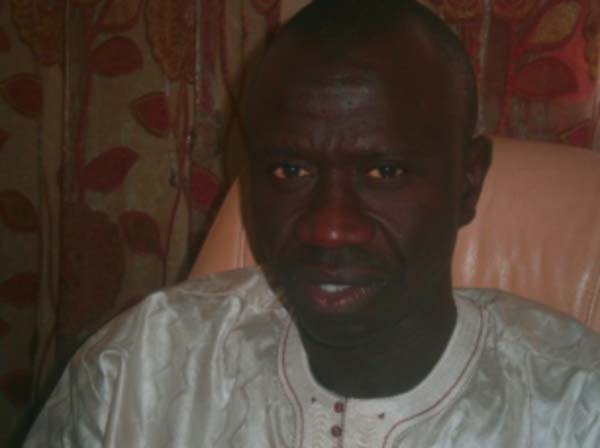 A six-member delegation from Bissau ports is currently in The Gambia for a two-week training session to train staff of the Gambia Ports Authority (GPA) on making cargo nets.

This is part of the implementation of the recent MoU signed between the ports of Bissau and Banjul, according to GPA managing director Lamin Sanyang.

In a brief interview with reporters in his office on Tuesday, the GPA MD explained that the purpose of the training activity was in relation to the implementation of an MoU signed by the two sister ports to strengthen the already existing relationship through having exchange visits and to share ideas and expertise in various areas of concern.

He said the first point of action was the establishment or the manufacturing of cargo nets, which he saw in Guinea Bissau and deemed it necessary to have in The Gambia.

Cargo net manufacture was done by the employees of the port of Bissau, he said, adding that he thought it wise that for the first component of the MoU they should come to The Gambia to train Banjul port staff.

One of the expectations was that the training exercise would improve the efficiency of the port’s cargo operations because it would be able to load or lift up to three tonnes, which could contain sixty bags hence improving the productivity of bags and cargoes.

He revealed that three tonnes were equal to lifting of sixty bags of a cargo, adding that the cargo they used to have in Banjul could only lift one tonne, which was equal to twenty bags.

He also noted that Bissau and Banjul have common relations in terms of trade, as a lot of cargoes were going from Banjul to Bissau by land and the two ports see the need to strengthen that relationship.

According to MD Sanyang, the mode of operation at the Bissau port is essential to be transferred to The Gambia.

Having Bissau and Banjul exchange trade is very important considering the cargoes net, which the port of Banjul needs.

He said GPA has the intention to establish a coastal vessel moving people and transferring cargo from the port of Banjul to the port of Bissau instead of using the road, which has a lot of bottlenecks.

He advised his staff to take the training course seriously, because such technical skills and expertise are highly needed by the port of Banjul.

He further stated that at the end of their training, participants would be evaluated and their level of understanding tested.

MD Sanyang said his target is to transform the port of Banjul to be one of the most efficient ports in the sub-region.

He thanked the Gambia government under President Yahya Jammeh for continually supporting the port of Banjul.

Omaru N. Deen, director of traffic operations at GPA, commended the Bissau Ports Authority for ensuring the first component of the MoU was implemented at the Banjul annex.

The training would greatly help in improving their efficiency and productivity, he said.

Other speakers on the occasion were the Bissau team leader, Alieu Saidy, who expressed appreciation of the warm welcome accorded them since their arrival in the country.