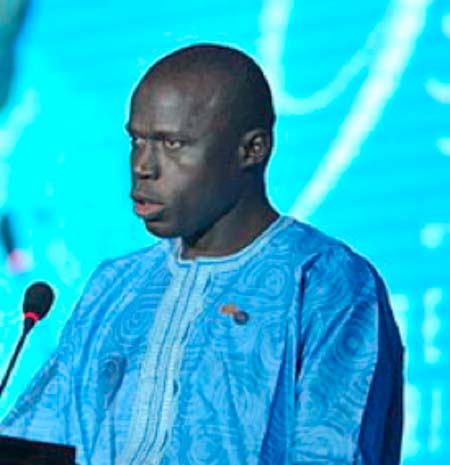 The Minister of Finance and Economic Affairs, Abdou Kolley, has said the the Gambia government, under the leadership of President Yahya Jammeh, has remained committed in ensuring that public resources are utilised for the benefit of all Gambians.

He said timely payment of taxes would enable the government to provide the core services needed for development.

Minister Kolley was speaking at the 2nd Edition of Taxpayers Award and Recognition Night organised by the GRA and held at the Kairaba Beach Hotel over the weekend.

“Paying taxes also makes us self-reliant as a nation and reduces our dependence on outside assistance. It is, therefore, important that we all make honest declarations of the taxes that are due to the government, and discharge of that noble duty promptly,” he said.

The Finance Minister acknowledged and commended the GRA for the laudable initiative, which is not only a motivational factor in the payment of taxes, but also fosters a culture of compliance among taxpayers.

“As we recognised the need to celebrate the compliant taxpayers, we also take a very firm stance on the non-payment of taxes,” Minister Kolley

In this regard, he continued, while GRA encourages voluntary compliance, they had also increased their enforcement actions against non-compliant taxpayers by using the courts and other enforcement mechanisms

“Paying taxes is a fundamental, if not the most fundamental, civic duty of every patriotic citizen and resident of any country.”

The Finance Minister further stated that in an effort to facilitate compliance with the tax laws, the government had supported the GRA to enhance and strengthen domestic tax administration systems.

The upgrade and rollout of the GAMTAXNET System would help improve domestic revenue mobilisation, he said, adding that the planned upgrade of the ASYCUDA++ system used in customs pprocessing would ensure easy reporting, better statistics generation, as well as allow for system interface with other systems such as IFMIS, and allow for the smooth implementation of the CET.

In the same vein, the authority initiative would further expand the use of commercial banks for the direct payment of taxes and custom duties.

This initiative had minimised the cost of compliance on taxpayers and the GRA as well, he stated.

Furthermore, he added, as outlined in the Programme for Accelerated Growth and Employment, the private sector would play a pivotal role in the economic development of the nation.

For this reason, he said, the government had taken a wide range of measures to improve the investment climate in The Gambia and to reduce the burden of paying taxes.

“The government remains committed to the gradual reduction of tax rates and the expansion of the tax base,” he said, adding that in this regard, 2014 saw government increasing the Personal Income tax-free threshold from D7,500 to D18,000.

In the same way, 2016 will see the reduction of the corporate tax rate from 31 per cent to 30 per cent, as envisaged when the measure was introduced in 2010.

Since the payment of taxes allows government to meet its development goals, it is only befitting that compliant taxpayers enjoy a high level of recognition in The Gambia, the Finance Minister said.

He thanked the GRA board of directors for their continued guidance and support to the GRA management. 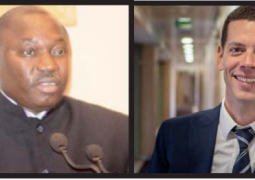