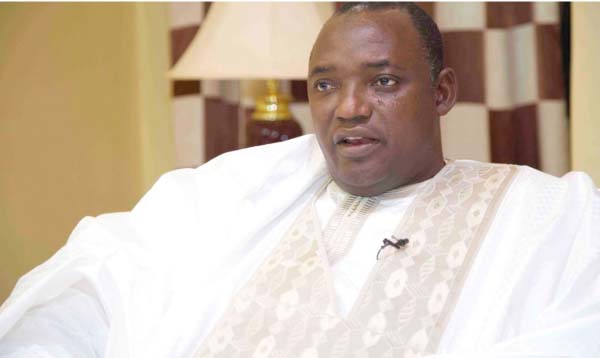 The government of President Adama Barrow has outlined four sectors as immediate areas of priority that it would focus on for the meantime.

It was the third cabinet meeting since President Barrow took office more than five months ago.

According to a press release from the State House, the meeting has agreed on the need for putting in place a communications strategy that would ensure regular communication from government to the Gambian public and this would include regular press briefings and bi-annual news conferences by President Barrow himself.

On the area of energy, the Ministry of Petroleum and Energy is to ensure that the country’s appalling electricity situation is addressed with utmost urgency.

On infrastructure, the ministry of Transport, Works and Infrastructure would intensify work on the existing projects such as the Banjul Port Expansion project, construction of the Basse-Fatoto-Koina Road, the Basse and Fatoto bridges project, and improvements in ferry services.

In the education sector, Ministry of Basic and Secondary Education would support strategies to improve basic and secondary education in the country.

Full version of the press release from State House is published below.

Fajara, 13 June 2017 – Four areas have emerged as immediate areas of priority for the Barrow administration. They are communication to the Gambian public, energy - especially the provision of stable electricity, overhauling other infrastructure, and education. These issues came to light at the third cabinet meeting of the Barrow administration, held at State House in Fajara today.

Led by President Adama Barrow, the meeting reviewed the conclusions of the last cabinet meeting held in May.

The Cabinet agreed on the need for the putting into place of a communications strategy that would ensure regular communication from government to the Gambian public. Minister of Information and Communications Infrastructure Demba Jawo, who was away on official business, indicated, through his colleague, Mai Ahmad Fatty, that this was a high priority for his ministry. New measures will include regular press briefings and bi-annual news conferences by the President of The Gambia himself.

Minister of Petroleum and Energy Fafa Sanyang presented the Continental Self and Maritime Zones Bill, 2015 for discussion. He also noted that the Gambia had been invited to become a signatory to the International Energy Charter. The minister further assured the President and his cabinet colleagues that everything was being done to ensure that the country’s electricity situation, which had become worse with increasing power outages, was being addressed with utmost urgency.

Transport, Works and Infrastructure Minister Lamin Jobe presented an update on projects under his ministry’s purview. These included the Banjul Port Expansion project, construction of the Basse-Fatoto-Kiona Road, the Basse and Fatoto Bridges project, and improvements in ferry services.

Agriculture Minister, Omar Jallow said that with the fast approaching rainy season, his ministry would give priority to timely- and weather sensitive considerations in its projects. He said The Gambia was benefiting from its participation in the 9th Annual Forum on Agriculture and the 12th International Agricultural Fair, which were both held in Morocco in April.  Minister Jallow explained that the country was on track with its objective of improving and promoting agriculture and food security through water as well as sustainable agribusiness practices.  Honourable Jallow also presented a bilateral agreement on agriculture with Turkey.

The cabinet meeting also reviewed briefs on the finalisation of the National Plan of Action, the revised 2017 national budget, the setting up of the Truth and Reconciliation Commission, as well as the Waste Management, Forestry Bill and internal security issues.