(Thursday, 5th August 2010 issue)
Alhagie Omar Khan, the Governor of the Upper River Region has underscored government's commitment towards improving the status of farmers in the country.

Governor Khan was speaking at a distribution ceremony of 30 bags of rice seeds and 40 bags of fertilisers, out of which 20 are urea and 20 compound fertilizers, to the victims of Sare Alpha village in Tumana district of the URR, whose crops were recently washed away by floods.

According to him, it is globally accepted that no nation can achieve sustainable socio-economic development if the basic economic needs of farmers is not improved.

He stated that the African Emergency Locust Project and other projects in the country over the years donated items to farmers in the Upper River Region.

For his part, Mr. Mbemba Dahaba, the Agriculture Director in URR said the objective of handing over the seeds and fertilisers to floods victims was to support them produce food crop, following the destruction of their products by floods.

Sheik Tijan Sosseh, the National Coordinator for Gambia Emergency Agricultural Production Project said he was pleased to take part in the handing over of the donated items to flood victims of Serre-Alpha. He added that the donation is meant to contribute towards the replacement of the produce that was washed away by the flood.

The Alkalo of Serre-Alpha, Alhagie Bambo Sisiko thanked both the government and donors, on behalf of the beneficiaries for what he described as a benevolent gesture. He assured them that the donated items would be accordingly distributed to the flood victims. 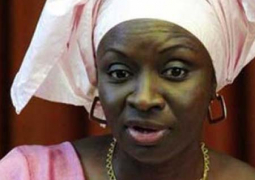 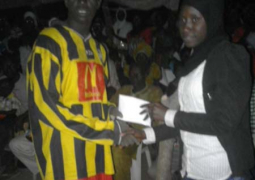 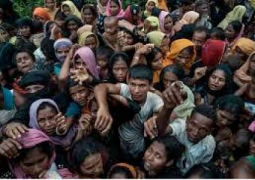