The Office of the President has announced changes to the official government working hours and days, effective 1st February 2013.

A press release from the presidency announced Friday evening that President Yahya Jammeh in consultation with Cabinet and giving due consideration to public demands has issued the executive decision to make the changes.

This new arrangement will allow Gambians to devote more time to prayers, social activities and agriculture - going back to the land and grow what we eat and eat what we grow for a healthy and wealthy nation,” the release added. 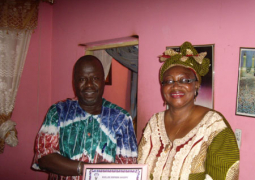