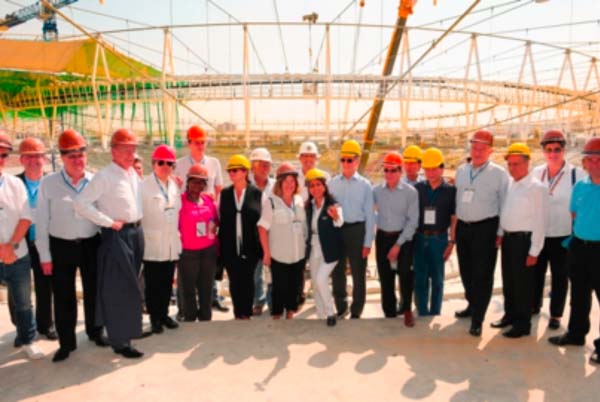 The first vice president of the Gambia National Olympic Committee (GNOC)and IOC member MsBeatrice Allenhas joined other members of the Rio 2016 Coordinating Commission on Monday to begin their periodic visit as part of preparations ahead of Rio 2016 Olympic Games.

The IOC’s Coordination Commission got down to work and began its eighth visit to the “Marvellous City” on Monday.

With the Games now just over a year-and-a-half away, Rio 2016 now has numerous Games-time initiatives up and running, such as its ticketing programme, volunteer training programme and Olympic Torch Relay.

While in Brazil, the Commission will hear about these initiatives; visit some of the Games venues; and listen to reports on a number of key operational areas, such as athletes’ services, sport, venues, National Olympic Committee services, International Federation services, accommodation, transport, marketing, media services and preparations for the Paralympic Games.

Rio de Janeiro was elected on 2 October 2009 as the host city of the Games of the XXXI Olympiad at the 121st IOC Session in Copenhagen, Denmark. The Rio 2016 Olympic Games will have 28 sports on the programme, and will run from 5 to 21 August 2016.