The acting President of the Gambia National Olympic Committee, Ms Beatrice Allen, has spoken optimistically about the activities of the GNOC as it prepares for the upcoming Youth Games in and Commonwealth Games in later this year.

Being a busy year for the GNOC, Ms Allen who is also the country's International Olympic Committee member, said following the successful participation of the Gambia in the first Olympic Youth Games by the National Associations of African Olympic Committees in Morocco, which resulted in the winning of a Bronze medal for the country, the GNOC is preparing for the Singapore Youth Games in August.

She said Fatou Sowe, Momodou Lamin Kujabi and Ousman Gibba will travel to .

"These athletes are very hard working, and we hope to get good results from them," she stated.

Another outing is the Commonwealth Games in in October and, according to her, the will travel with the biggest number of athletes in the country's history. The Gambian contingent shall comprise four tennis players, 2 wrestlers, 2 boxers and 15 athletes.

"Good preparation was made by the country; this is why we have a bigger number of athletes for the Commonwealth Games. We are working very hard to look for scholarships for these athletes through the US Olympic Committee, for a training camp," she announced.

In addition to this line up of activities, the GNOC acting President also revealed that the Bureau will  be heading for its General Assembly towards the end of the year.

"It was earlier proposed that the Assembly will be held in September, but because the auditors will not be ready with their report, we decided to defer it until after the Commonwealth Games in October in ," she explained.

At the General Assembly, she added, the issue of the GNOC President will be tabled. 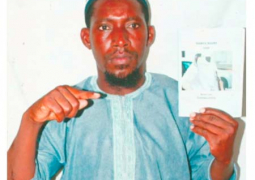