The National Council for Civic Education (NCCE) recently conducted two training workshops and awareness-raising campaigns in the Upper River Region (URR), in partnership with Future in Our Hand (FIOH).

Clearly, even though the NCCE is doing what it is mandated to do, they deserve to be recognised and honoured for there is no more important task than the development of an informed, effective, and responsible citizenry.

There is no greater duty, living in a democracy, than educating future generations about their constitutional rights and responsibilities, teaching them to stand up and make a difference.

For at least a decade now, the NCCE has been doing this noble work in communities throughout the country.

Although there is no research-based evidence we can lay hands on, empirical evidence shows that the efforts of the NCCE has helped the masses, the common people to be informed and understand some provisions of the constitution and other legal instruments on the role and responsibilities of the citizenry.

At least, they are cultivating an environment of democratic continuity in The Gambia that would enable all citizens to fully participate in the governance and democratic processes.

It is good to note that one of the most basic signposts of a democracy is citizens’ participation in government. It is not only their right, but it is their duty.

Citizens’ participation take many forms including standing for election, voting in elections, becoming informed, and even participation to build a better democracy.

Therefore, as we applaud the NCCE, we wish to call on them to buckle up as the next cycle of the elections in The Gambia is fast approaching.

There are certain features that are thought to be essential to democracy, such as the presence of a legitimate government based on the will of the people, free and fair elections.

Free and fair elections is not only dependent on the political players, the politicians; the ordinary citizens also have a role to play.Therefore, the NCCE has to do a lot in this area.Democracies are sustained by citizens who have the requisite knowledge, skills, and dispositions and the NCCE has produced those kinds of citizens.

Civic education is essential to sustain our constitutional democracy; therefore, it should be a prime concern.

“There is no greater duty, living in a democracy, than educating future generations about their constitutional rights and sresponsibilities.” 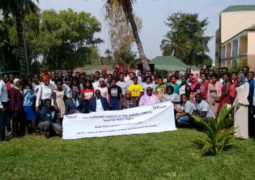 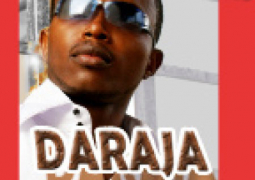