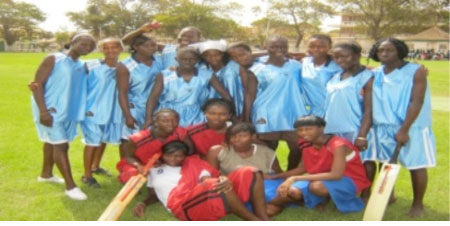 The first match of the league was played on Wednesday 30 May 2013 at the 22nd July Cricket ground in Banjul between Presentation Girls Vocational School and Muslim Senior Secondary School, who won the toss and put Presentation to bat.

They scored 64 runs for 7wickets down in 15 overs allocated to them. Marie J. Mendy batted and recorded 21runs with 4’s played of her bat.

Maimuna Touray also bowled for them and took 2 wickets for 6runs in 0.3 overs bowled.

In the second inning Muslim Senior Secondary was to chase 65 runs to win which they managed to make in the 15 overs with 6 balls to go and 5runs to win.

Muslim won with Maimuna Sano scoring the highest, 13 runs, for them with Fatou Camara taking 3 wickets for 9 runs in 2 overs bowled.

The first match of the league was played at the 22nd July Cricket ground in Banjul between Crab Island Junior and Garba Jahumpa Junior Secondary School.

Crab Island Junior won the toss batted and scored 65 runs for 10wickets all out in 10 overs.

Bangally Jawara batted and scored 36runs with 3sixes and 3 fours played of his bat Baba Cham bowled for them and took 3 wickets for 13runs in 4 overs bowled.

In the second inning Garba Jahumpha also scored 65 runs for 9 wickets in 20 over allocated to them.

Pa Faye bowled and took 4 wickets in 2 overs bowled for 7 runs. More of this story will come in the next new flash.

Meanwhile, the Association in its quest to upgrade school cricket recently donated cricket equipment to Upper Basic and Senior Secondary schools in Banjul in which nine schools benefited.

The equipment donated were cricket bat, balls, pads, gloves and stumps members of each school received these equipment and thanked the association for the gesture and promise to use it to develop the game in the schools. 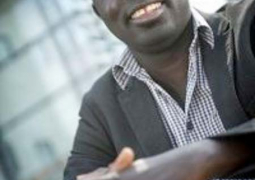