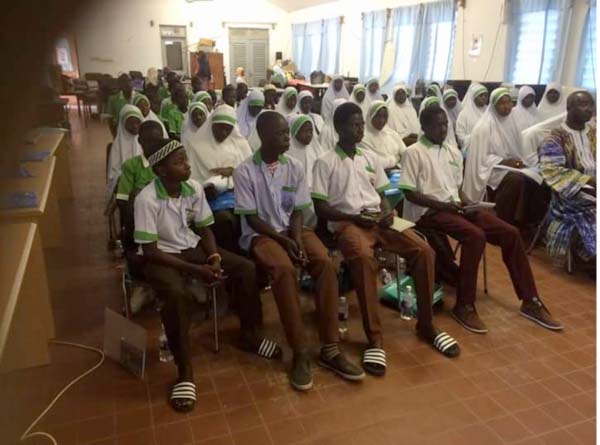 The Girls’ Agenda, an organisation working for the promotion of the rights of girls, Monday wrapped up an awareness creation programme on gender-based violence and related issues specifically designed for madrassas (Islamic schools).

The programme was part of a project that the organisation is implementing with funding from the UNFPA. It was formally closed at a forum held at the Regional Directorate Office in Brikama.

Officials of The Girls’ Agenda (TGA) said gender-based violence had resulted in the marginalisation of girls in crucial social issues of the communities and the country.

They said ignorance about such happenings had not only increased the girls’ vulnerability but could turn people into perpetrators of acts of violence.

Through the UNFPA project, TGA has trained 5 schools within the West Coast Region engaging 250 students and 15 teachers on issues of child marriage, female genital mutilation, sexual violence and others.

Aisha Bittaye, communication manager of TGA, said the idea of the project was conceived last year but it could not be implemented due to lack of funds.

“This is the time we are able to do it because we got funding from UNFPA,” she said.

Mrs Bittaye said they are raising awareness on issues affecting the wellbeing and freedom of the people in the society.They are also motivating the population to join the crusade in promoting the attainment of gender equality.

The vice principal of Pirang High School, Yaya Jabang, commended TGA for involving madrassas to be part of the training to empower girls and give them chance to express their views on gender-based violence.

According to Mr Jabang, it has been realised that young people going to exclusive Islamic schools have very limited opportunities benefitting from youth empowerment programmes.

“Madrassa students are the same as those of the conventional schools, therefore they should be given the same opportunity and chance given to other students in the society and their communities at large,” he said.

“They [madrassa students] are talented and their voices must be heard anywhere for they are the future religious leaders in our society,” Mr Jabang said, thanking TGA for bringing such trainings to the Islamic schools.

The principal said women are the only people who can bring a change in the society because “they convince people better than men”.

Matilda Daffeh, coordinator of TGA, said the organisation is inclined to look at the numerous problems affecting girls such as gender-based violence and the solution to such problems.

This is why they came up with the madrassa engagement project to address issues like FGM, early marriage, and rape as part of efforts at bringing them to a stop, he said.

She explained that the culture of silence is a bottleneck in the fight against gender-based violence in The Gambia.

“Women’s voice should be heard and it should be respected as they should be free from all forms of violence,” Mrs Daffeh said.

Lamin Darboe, executive director of National Youth Council, hailed TGA for the fight against violence against women and girls in The Gambia.

He said empowering and supporting young girls and women is not just a wise idea but a smart engagement in terms of ensuring that there is productivity, growth and national development. 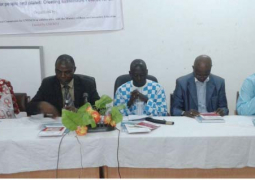