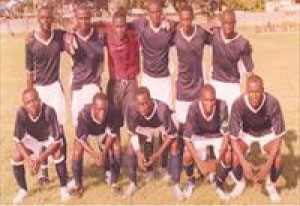 Gintos Football Academy FC are through to the third division qualifiers.

found themselves 1-nil up in the 11th minute when Kawsu Jobe hammered home from a brilliant strike.

They continued with their fine scoring form with two further strikes that completed a 3-nil score line at the expense of Jarington, who were sent home parking.

Sekia Mendy and Muhammed Kuyateh netted the other two goals of the game.

That victory has seen Gintos join other teams from Bakau and Serrekunda East for the third division qualifiers.

The winner from the KMC triangular tournament will progress to the GFA second division league next league.