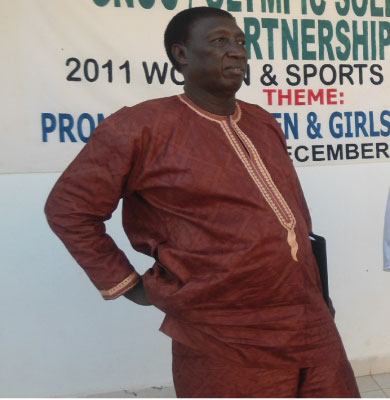 Approximately one and a half month since the hot departure of former Scorpions coach Paul Put, the Gambia Football Association, tasked with the responsible of recommending a coach for the Ministry’s approval, is at the final stages of its hunt for a foreign coach to replace the dismissed Belgian tactician.

The former K. Lierse S.K. gaffer Paul Put parted company with his former employers, the Ministry of Youth and Sports, after he failed in his ambitious attempt to lead The Gambia to the AFCON finals.

His contract termination came hot on the heels of The Gambia’s disappointing 1-1 draw against Burkina Faso on home soil back in October, a result that completely evaporated the Scorpions’ chances of making their maiden appearance in the continental showpiece.

That result was also met with great dismay by a teeming number of Scorpions fans who later became increasingly frustrated with what they called unsatisfactory performances of the coach they once adored.

As a result, fans called for Paul Put’s immediate dismissal and the Ministry of Youth and Sports wasted no time in jumping at the prospect of terminating the services of Paul together with the Italian goalkeeper trainer on October 31.

Since then, the Gambia Football Association (GFA) began an identification process in their bid to recommend another coach for the Youth and Sports Ministry the body responsible for the financial aspect of The Gambia’s national teams.

The FA has since intensified the fulfillment of their task by setting up a panel to look into the applications they have received for the vacant post from some of the highly experienced foreign coaches in countries like Belgium, Germany and Brazil.

The technical director of the GFA, Kebba Masaneh Ceesay, in an interview with reporters at his GFA office yesterday, disclosed that about 15 applicants have tendered their applications for the position but refused to reveal their names.

“We are on the verge of identifying a highly experienced and qualified foreign coach for the replacement of the departed coach Paul Put,” he told journalists.

“As at now, a panel has been set up comprising competent football technicians to look into the applications and we have received about 15 applications that were sent to the Ministry for recommendation so far. But none of the applicants come from The Gambia.

“We have to review all the applications, submit them for recommendation to the Ministry before the interview could take place.”

Kebba Ceesay says it is the responsibility of the GFA to identify a coach to the Ministry for appointment. “We are in touch with them and we will give our final recommendation,” he added.

“We are targeting February 15 as the date for the appointment of the new coach before our match against Algeria slated for February 29.

“Applicants are coming from countries like Belgium, Germany, Brazil and most of them are highly experienced coaches with some very good achievements and it is going to be very tough to make the final decision as to who will be the overwhelming favourite for the senior national team top job.

“Most of them have African experience and know African players and I think they are acquainted with situations in Africa.

“One of them has been in The Gambia and even watched some of the Gambian players and knows them very well.”

The appointment of the next foreign coach to steer the affairs of The Gambia’s senior national team will come at a time when the country will be facing Algeria in the qualifiers of the next AFCON finals scheduled to take place in February 29 in Banjul.