Mr Abdoulie Sanneh, the Principal Regional Forestry Officer at Western Region has raised serious concerns over the way and manner in which people engage in felling trees for charcoal in the country, calling for a stop to the act.

He described the act as unacceptable as far as forestry is concern. Mr Sanneh made this statement in an interview with our reporter at his office in Brikama on Monday.

Mr Sanneh asserted that the reason for condemning illegal felling of trees is that it has become a threat to human life because trees being fell down are an important aspect of human life. He noted that the significance of these trees cannot be over emphasized as they play a major role in controlling global warming by serving as carbon sinks.

Mr Sanneh added that the more trees are cut down, the more risk it create for human lives. He also noted that the issue of condemning illegal felling of trees do not only stop there, but also it takes broader dimension as far as social and economic status of the country is concerned.

He also highlighted some of the negative impacts of the illegal felling  of trees, saying that it causes low agricultural productivity, exposure of the land, loss of nutrients to the land and other purposes of which are very important to human life.

Mr Sanneh went further to call for the need for people to change their attitude towards the forest, which he added, is of paramount importance.

According to him, government has put in place all the necessary tools to make sure that the country have a healthy environment as they are very much concern about the health and education of Gambians in a bid to meet food self sufficiency.

"This is why the government is very much concerned in the protection and judicious management of the forest to maintain a healthy environment and increased agricultural productivity", he added.

He noted that the forestry Act of 1998 is the tool that is been used to enforce law in the protection of forest or any related illegal forestry activity. He further called for concerted efforts in the fight against illegal felling of trees, noting that it should not only be seen as the responsibility of the Ministry of Forestry but also as a collective one to ensure a well protected environment. 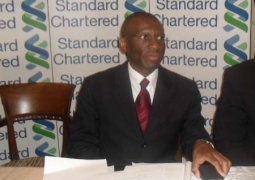