Sait Matty, who were relegated to the second division after their dismal campaign in division one last season, are hoping to return to the top flight next season.

They made a flying start to the game and created numerous goal-scoring opportunities but failed to capitalize on them.

Gunjur United, on the other hand, were defending and relied on counter attacks through which they were able to create few goal-scoring opportunities but the first half failed to produce a goal.

Gunjur United opened the score through winger wizard Bakary Sambou, alias Prince Kevin Boateng, in the 47th minute of the game from a brilliant strike to give his side the lead.

Saikouba Manneh doubled Gunjur’s lead in the 49th minute of the game from a corner to make it 2-0 for the South boys.

Sait Matty fought back for an equaliser and created series of goal-scoring opportunities but managed to pull back one through substitute Yaya Dibba in the 70th minute, which eventually proved to be a consolation goal for the Bakau-based club.

Gunjur United and Interior are so far leading the league standing with 3 points each in one game.

Agricultural boost for NYSS, others 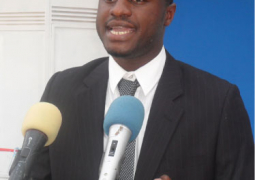