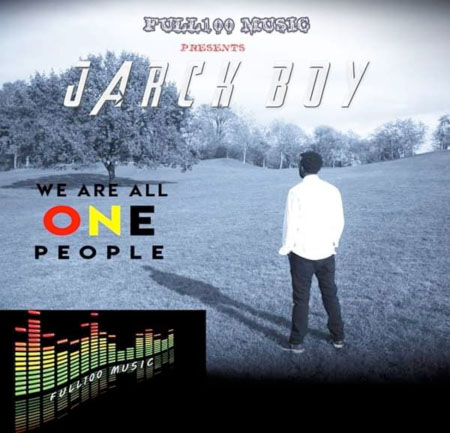 Jarck-boy, a German-based Gambian reggae danchall artiste has released his debut album called “We are all one.’ the album is available worldwide in all digital platforms.

The album comprises of ten tracks presented by Full 100 Music and is now making global waves.

He said the album is full of positive messages that will benefit humanity across the global authentic reggae.  The songs in the album are Let’s all Unite, We are all one, where is the love, Poverty, Love God, Jah Jah Love, Protect my soul, Mama Loving, Never Let me and thank you all.

“This album is very inspirational. All the messages are issues happening in the globe. As an artiste, i want to speak for people by creating more awareness for a better world where human beings can live in harmony and togetherness as one people despite their color, race or religion,” he said.

He also said the album has one shot video and he and his management team is working hard to shoot more for the album.

Jarck-boy urged his fans to watch out for more projects from him, as music is a mission to spread the words of positivity.

He explained that they are planning to make album tour concert in The Gambia and Europe to spread the message to the wider audience, while commending his label and all the producers who worked hard in making sure that the album is a success.