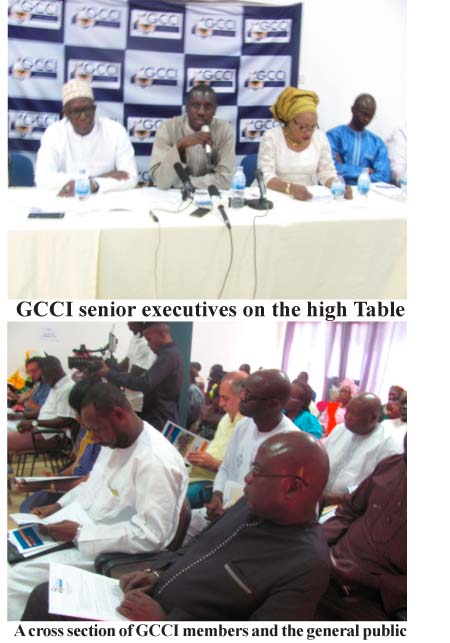 Gambia Chamber of Commerce, Industry, Agriculture and Employers’ Association (GCCI) on Friday held its annual general meeting (AGM) for 2016 on Friday 31 March 2017 at its Kerr Jula Head office in Bijilo.

The meeting, in which the Chamber expressed its readiness and determination to revive the efficacy of the business sector in the country after last year’s political snag, among other things, dilated on GCCI President’s Report, the Auditor’s Report and Financial Statements for the period ending 31 December 2016.

It also discussed the adoption of Auditor’s Report and Financial Statements as well as the amendments to the constitution.

This was blamed on a turbulent year ranging from the Senegal-Gambia border closure to foreign exchange and market policy by government and the political impasse the nation went through by the end of the year under review.

The President of GCCI, Muhammad Jagana, whose report was read on his behalf by GCCI’s vice president Babucarr Khan, said GCCI has continued in its advocacy and representation campaign by engaging policymakers, the president and ministers regularly to seek feedback and map the way forward on matters of growth and development of the business sector in the country and the chamber.

‘’In collaboration with the Ministry of Trade and GIEPA, we have also  proposed to hold the much awaited annual Economic Summit, which will provide opportunity for the Private Sector to table its agenda for the President and his cabinet for consideration and action.”

He said they were also pleased to report that TAF Entrepreneurs Network (CLUB TEN ), which is the brainchild of an indigenous business leader in the Gambia and the sub-region, Mr  Mustapha Njie, the CEO Taf Africa Homes, to mentor young entrepreneurs, network and share experiences was “active and kicking”.

Mr Jagana further said GCCI continued to pursue its commitment to promoting agriculture through sectorial consultations as it sought to empower its members to meaningfully contribute to the realization of overall national development endeavors.

He revealed that The Gambian-Turkish Business Council was reconstituted to ensure effective business opportunities in Turkey for the private sector which also elected Mrs Fatou Senghore and Fatima Trading as Chairperson.

The report also revealed that GCCI in partnership with The International Labor Office in Dakar and Emanic Consulting Co. Ltd convened and facilitated various forums and training programmes attended by various employers in the Private sector as well as the GCCI Employers’ Association Committee members and ILO representatives from Dakar and Abuja respectively.

‘’The main aim of the forum was to create awareness on the role and responsibilities of employers as well as to launch both the Employers’ Guide on the Labor Laws of The Gambia and the Taxation Guide for Medium Small and Micro Enterprises (MSMEs) in The Gambia,’’ he said.

He said that since the ECOWAS Inter State Road Transit (ISRT) operations commenced in the Gambia in 2013; they had seen the re-emergence of The Gambia’s competitive edge in regional trade, despite some serious disruption.

‘’There is no doubt that 2016 was a very difficult year and the business community felt and lived this in many ways. Apart from the border challenge and suspension of trans-national trade, commercial travelling, foreign exchange scarcity and government interference, the Gambian private sector experienced serious economic and political threats. The chamber saw serious decline in our Trade Fair income as well as inter-State Regional Transit (ISRT) and reduced exports, resulting in much reduced overall revenue,’’ he said.

He further noted that at the height of the tension, the GCCI as the Voice of Gambian Business was compelled to take a decisive position very early for the wider common good.

As a result of the former President’s refusal to accept the will of the electorate, many multi-nationals and local businesses shut down and tens of thousands fled, causing additional “huge losses to our economy at the end of the year”, he stated.

“Despite all the challenges and frustrations, I am happy to report that we continued to represent and advocate for the private sector at many forums, corporate institutions and committees both locally and internationally.’’

The GCCI president also commented on the fact that “taxes are still high for our fragile economy, complex and not uniform”, whilst the previous government “placed a lot of regulations on foreign currency leading to a closure of many businesses” in The Gambia.

He pointed out that “the GCCI will urge the new Government” to take decisive action on delivering real reform to the business tax system and business environment “to stop the massive amount of capital flight we have experienced recently”.

Mr Jagana concluded that they assure members and stakeholders that they will endeavour to work closely with the newly-elected Government to ensure that the National Economic Council is revived and will meet regularly to share advice on economic matters.

“In GCCI, the new Gambia will find us together with the private sector, as worthy partners in development,” he stated. 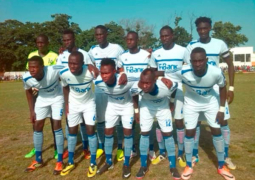