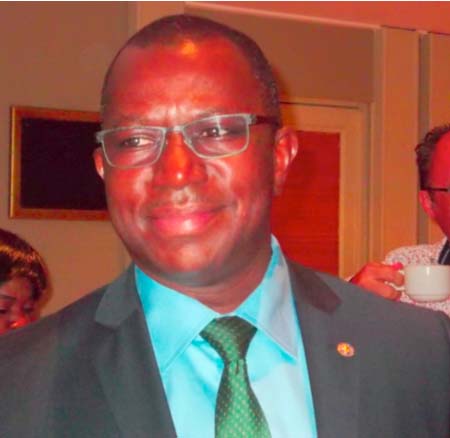 The Gambia Chamber of Commerce and Industry (GCCI) is again working hard to provide another opportunity for businesses in The Gambia and abroad to showcase their products and services for more business opportunities, growth and expansion.

The chamber has, therefore, scheduled its next trade fair dubbed Trade Fair Gambia International (TFGI) to run from 19 December 2015 to 10 January 2016 at the Independence Stadium in Bakau, on the theme: “Promoting Public Private Partnership for National Development”.

Trade Fair Gambia International is always known to be a successful gathering of various entrepreneurs, and it has been very effective in promoting the growth of the enterprises and industries involved.

“Due to high demand from the public and the international community to organize the Trade Fair in December, as was the case before, GCCI is organsing this 9th edition of Trade Fair Gambia International at the Independence Stadium, Bakau, from 19th December 2015 to 10th January 2016 with the intention of providing a long-term, common platform for economic operators,” GCCI Chief Executive Officer Alieu Secka said in an interview with this paper.

The trade fair would capture the diverse needs of not only large companies, but also the small and medium enterprises in The Gambia.

“We would like the business community to be a part of this significant event as we embrace key challenges and opportunities in the Gambian marketplace through B2B sessions and other activities providing the participants with opportunities to share their experiences and new ideas and products,” CEO Alieu Secka said.

“It is expected it will attract the Gambian public and also visitors from the ECOWAS sub-region,” Mrs Njie, a member of the trade fair committee, added.

She called on businesses to participate in the fair by booking for stalls on time, as “participation and access to the Trade Fair grounds will be purely based on full-payment prior to the event”.

Opening hours of the fair, according to the organisers, will run from 10a.m. to 10p.m. Sundays to Thursdays, and from 10a.m. to midnight Fridays and Saturdays.