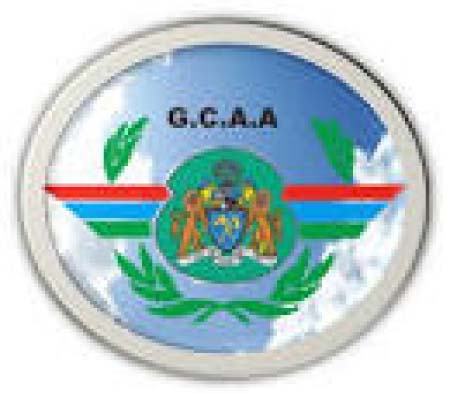 Officials of the Gambia Civil Aviation Authority (GCAA) recently convened their second stakeholders meeting to map out the way forward in improving aviation service operations in the country.

The event was also meant for the various agencies within the aviation units to map out strategies and the way forward, in improving services and conditions at Banjul International Airport, as a hub in the sub-region.

Speaking at the meeting held at the airport conference hall, Sulayman Jabang, director of air navigation, pointed out that the non-aeronautical activities in aviation had become increasing important for the airport.

The sector had become more complex and diverse, and that its management has become key to the airport operators, he said.

He highlighted that non-aviation activity leaves airport operators with more creativity to generate additional revenue, adding that there are more alternatives than to focus all activity around the passengers.

“The airport has changed to a multi-service point creating a complex non-aviation sector. Developing this area of airport operations has become even more complex during economically challenging times,” said Mr Jabang.

This is significant to maintain the current infrastructure of the airport in the interest of all, he added.

“As airport continues to struggle in this turbulent world economy to stay above water, competing for travelling public, particularly the tourist traffic, which forms about sixty per cent of our annual passenger [rate] throughout Banjul International Airport, has become stiffer.”

In order to make any meaningful headway in this area, the GCAA would continue to embark on an aggressive marketing drive, to sell Banjul International Airport as a potential destination worth considering by all airlines and not just as a tourist destination as perceived by many, he added.

“We must commend The Gambia Tourism Board in their joint marketing endeavours to promote and sell The Gambia as a tourist destination. I hope that this stakeholders meeting will make positive and productive conclusions for the development of Banjul International Airport,” he said.

Also speaking at the meeting, Baboucarr Cham, Director of Air Transport and Commerce, said: “We believe that the best ways in achieving our objectives are to engage in a dialogue with you, listen to your concerns, weigh your proposals, and execute the best options presented.”

He said the meeting was constituted by personnel from various institutions or businesses that are meaningfully participating in the development of the airport, which shows the authority’s encouragement of public private partnership in a challenging air transport industry.

Cham added that the airport improvement project is in high gear, as a lot of work is being carried out to upgrade Banjul International Airport to a much more desirable level.

The authority continues to invest heavily in infrastructural development, including technology, he said, adding that this would transcend to increase in traffic and the spillover effect would improve the economic performance of the aviation environment and the country at large.

Abdoulie Colley, Director of Airport Operations at Banjul International Airport, said in recent years the rising terrorist threat in Africa has become an increasing concern for the sub-region and the international community.

From Boko Haram in Nigeria to al-Shabab in Somalia, from al-Qaeda in the Islamic Maghreb to the Libyan Islamic Fighting Group, the rising threats from the “arc of terror” have become “a curse for our beloved continent, Africa, he said.