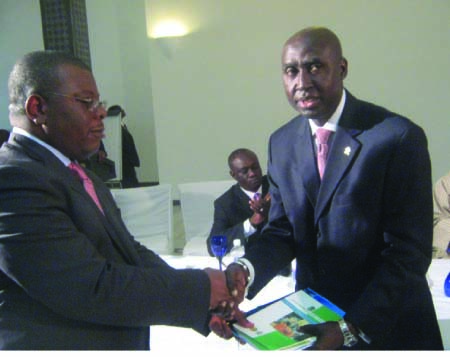 The Gambia Bankers Association (GBA) has started the long walk to establishing an internationally recognised chartered institute of bankers for The Gambia after signing a memorandum of understanding (MOU) to that effect on 12 January 2011 at the Coco Ocean Hotel in Kerr Serign.

The GBA signed the MOU with the Chartered Institute of Bankers of Nigeria (CIBN) to establish a framework of cooperation between the two entities.

The cooperation will permit, among other things, the creation of an examination centre for the Chartered Institute of Bankers of Nigeria in The Gambia.

"Until The Gambia is in a position to establish its own institute and administer and conducts its own examinations, students with the required qualifications as specified by the CIBN will register, enroll and write the necessary exams in The Gambia as foreign students," said GBA's chairman Pa Macomba Njie.

Successful candidates will be awarded the relevant certificate, he assures, saying these certificates are internationally recognised, because the syllabus conforms to that of the African Association of Chartered Institute of Bankers.

Under the terms of the MOU, the CIBN will render consultancy, research and training services, where necessary, to ensure the successful establishment and take-off of the Chartered Institute of Bankers of The Gambia (CIBG).

The GBA will, on the other hand, scout for candidates and conduct examinations.

The Gambia's banking industry is challenged by a dearth of well trained and experienced bankers. The markets, according to senior bank officials, provide unmistakable evidence of shortage. It is therefore imperative for the country to have a recognised institute of bankers where Gambians can be trained and given the opportunity to qualify and practise as chartered professional bankers.

"Addressing skill shortages is an important prerequisite to rapid and sustained growth of the banking sector," said the 1st Deputy Governor of the Central Bank of The Gambia, Bashiru Njie.

Speaking at the signing ceremony of the MOU, Mr Njie said studies confirm a strong positive correlation between capacity building, employee productivity and the performance of banks.

The cooperation is expected to facilitate the attainment of human capital building and development through the provision of education and training; opportunities for citizens of and residents in The Gambia to qualify and practise as chartered professional bankers; standardization of the curriculum and other requirements; as well as professional qualifications for the practice of banking in The Gambia. It will also foster ethics, professionalism and good corporate governance in The Gambia's banking industry.

"In view of these objectives, we believe that The Gambia economy, especially the banking and finance industry, will soon be blessed with well trained and breed professionals," said the President and Chairman of Council of the CIBN, Joseph Laoye Jaiyeola.

He added: "Furthermore, it will open up cross-country employment opportunities for qualified persons as the Alliance of African Institutes of Bankers (AAIOB) has harmonised the syllabi of all Banking Institutes in Africa and also appointed a common Examinations Moderator for them. Thus, professional bankers who qualified, say, in Nigeria, can go to any other member country to seek employment with his qualification and would be welcome. Let me also add that, when we finally establish the Chartered Institute of Bankers of The Gambia, (the Institute) will qualify for membership of AAIOB and also have the privilege of being invited to participate at the biennial World Conference of Banking Institutes (WCBI)."

Having signed the bankers education pact on the dotted line, the GBA would like all and sundry, especially junior bank officials to come on board the training service the GBA and the CIBN have established.

Pa Macoumba Njie again: "I would like to invite you all to see the project of the Chartered Institute of Bankers of The Gambia as a tool for responding to the challenges of the Gambian financial service industry. As from now, individuals who look forward to banking as a career should register at the Institute as members. School leavers and junior bank officials are advised to become members of the Institute and write the exams depending on their level of education."

The institute will generate a critical mass of talents from where banks can recruit their personnel, says Mamou Jagne, GBA Executive Secretary. 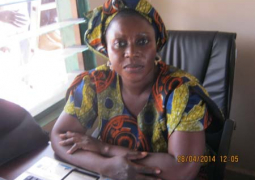