The Bar Association also condemned “the unreasonable and unjustified denial of bail” to Richards, “and the detention of Mr. Richards at Mile 2 Central Prisons without any court order”.

The GBA, in its press release, also stated that it “strongly condemns the letter of the Sheriff admittedly issued with the knowledge of the Honourable Chief Justice”.

It would be recalled that former High Court judge Moses Richards was arraigned at the Banjul Magistrates’ Court on 31 December, charged with giving false information and with sedition. Subsequently, he was remanded in custody by the court. However, when the case resumed on Monday, he was granted bail of D500, as reported in The Point.

The following is the full text of the Gambia Bar Association, issued as an “Urgent Press Release”:

On the 30th day of December 2010, Mr. Moses B. Johnson Richards esq. a former judge of the High Court of The now a private legal practitioner, was arrested and detained at the National Intelligence Agency Headquarters in .

He was subsequently arraigned before the Banjul Magistrates’ Court on the 31st day of December 2010 and charged on one count of giving false information to a public servant and one count of sedition. He was denied bail and returned to police custody, but on the night of Sunday the 2nd of January 2011 he was taken to the State Central Prisons at Mile 2, where he spent the night.

The charges relate to a letter addressed to the Honourable Sheriff of The Gambia, and dated the 6th day of December 2010 and written by Mr. Richards acting as counsel on the expressed instructions and information of his clients.

We are mindful that this case is sub judice (pending in court).

However, the Gambia Bar Association is deeply concerned that a legal practitioner, acting upon and conveying the instructions of his client, could be subjected to arrest and charge.

Legal practitioners in The Gambia, as is the case worldwide, are privileged and protected when acting in their professional capacity on behalf of their clients, for the obvious reason that it is in the public interest that Legal Practitioners are able to represent their clients properly, and discharge their duties without fear of being arrested and prosecuted for doing so.

The Gambia Bar Association, therefore, strongly condemns:  1. The letter of the Sheriff admittedly with the knowledge of the Honourable Chief Justice; 2. The unwarranted arrest and prosecution of Mr. Richards; 3. The unreasonable and unjustified denial of bail; and 4. The detention of Mr. Richards at Mile 2 Central Prisons, without any Court Order.

The press release was signed by the GBA president and was dated 3rd January 2011. 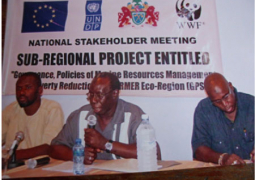 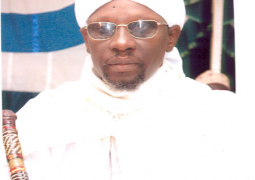