The Gambia Agency for the Management of Public Works (GAMWORKS) recently held its 7th Annual General Meeting (AGM) at the Kairaba Beach Hotel.

In his report, the Director General GAMWORKS, Ebrima Cham, said the agency’s performance was still exceptional, as it delivered a number of successfully completed projects and contracts, despite the many challenges and constraints they faced.

He noted that a number of markets have been built for local authorities throughout the country, which will provide commercial outlets for the women’s gardens produce, whilst earning revenue for the councils.

He also stated that the previously dilapidated to

Sukuta Road
has been transformed into an ultra-modern high way.

DG Cham added that another significant highlight of the year is the completion of the GAMWORKS headquarters.

On the financial front, the agency received inflows of funds totaling D208 million. Payments to contractors totalled D153 million, D8 million to consultants and D8 million were paid to other service providers.

DG Cham further stated: “The biggest challenges faced by the management continues to be mobilization of resources to fund the operations of GAMWORKS, as the agency does not receive any direct subventions from the government budget, GAMWORKS relies entirely on management fees and project implementation support, to sustain their operations.”

For his part, the chairman of GAMWORKS, Mustapha Njai, said: “2010 was another momentous year in terms of board governance and performance of its oversight delivering successfully completed projects and delegated management contracts to the satisfaction of our their clients, including the state-of-the-art newly reconstruction Westfield to Sukuta Road and management, with the support of the board, has also been successful in bringing in new projects and contracts into the agency, such as the US$18 million community-based infrastructure and livelihood improvement project, adding that it is gratifying to note that the Government of The Gambia continues to manifest soaring confidence in GAMWORKS, with the number of sectors working with the agency increasing and more delegated management contracts being signed and the collaboration with our partners, such as the Ministry of Basic and Secondary Education,  the Ministry of Defense, the University of The Gambia, and GAMTEL, continues to go from strength to strength.

He added that on the international scene, they have strengthened their collaboration with the Islamic Development Bank and International Cooperation and Development Fund of the Republic of China ().

Mr Njai said the Gambian economy has managed to post relatively strong growth rates over the past three years and in 2010, growth slowed to 5.4% from 6.7% in 2009 as the global slump continued to be felt on re-exports, tourism and remittances and good harvests, especially of rice and gains in the construction and banking sectors drove economic growth.

According to Mr Njai, in the course of the year, the agency has strengthened its partnership with GAMWORKS, a key government project aimed at offering employment opportunities to the youths thereby providing sustainable livelihood for them and reducing poverty among the population and the GAMWORKS project will also help to develop the local construction industry and stem the flow of the illegal and perilous migration to Europe by our youths, adding that the implementation of the labour  intensive and waste management components by GAMWORKS have been the most successful under the GAMJOBS project and after the training of 60 youths at the National Youth Service Scheme (NYSS), GTTI and I.T.S  business school, the pilot phase of the project was launched in July 2010.

Mr Njai finally expressed gratitude to President Jammeh and his government for their continued confidence in the agency while assuring him of the agency’s commitment in complementing government’s development agenda. 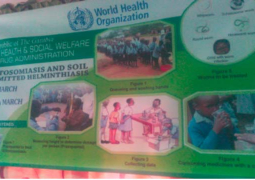 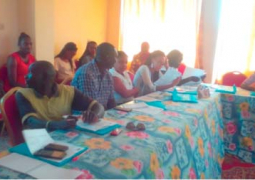