Gamtel/Gamcel collected maximum fifteen points in five games, while Brikama are yet to collect a point in four encounters.

Olympafrica Centre/Serrekunda East female team is yet to collect a point.

Meanwhile, the league will take a break until after the Ramadan.

Over 200 German tourists arrive in Banjul 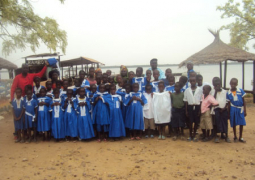