Gamtel progressed to the semifinal after a 5-4 victory over city boys Real de Banjul in the quarterfinal.

They also finished runners up in last season’s FA Cup competition after a post-match penalty shootout defeat to Young Africans.

Brikama United, on the other hand, booked their ticket to the semifinal following their 5-4 win over Bakau United on a post-match penalty shootout, after a 1-1 draw in the quarterfinal last Saturday.

Brikama, who are hoping to win their first ever FA Cup title, will be expecting a victory to secure a place in the final for the first time in the history of the club.

Africell, who continues to struggle despite having progressed to the last four, also booked their ticket to the semifinal with a win over hotel club Seaview in the quarterfinal. 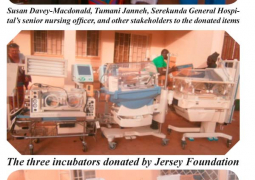