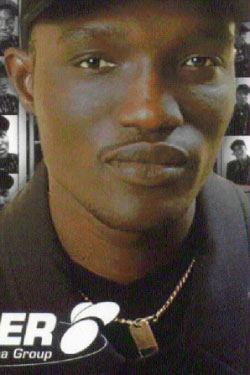 The wave-making music apostles are expected to make their debut performance in the annual Gamtel-Gamcel one-in-town Gala Dinner slated for this weekend at the Senegambia Beach Hotel.

Proudly sponsored by Gamtel-Gamcel Staff Association, the Gala Dinner by the twin IT-GSM company is expected to bring together artistes of timber and caliber, such as Alioune Mbye Nderr and Pape Thiopet, to join ranks with mighty musicians in the Smiling Coast of Africa, thereby bring about the Senegambia genre to play.

The Senegalese musicians are to be received by officials of the two companies upon their arrival at the Banjul International Airport this afternoon.

After sunset today the young and larger-than-life Senegalese singers along with Gambia’s kora king Jaliba Kuyateh, who are all renowned for their authentic lyrics and typical traditional styles, will be performing live at the gala dinner organised by these two national extraordinary companies at the Senegambia Beach Hotel.

His Excellency the President of The Gambia is the Chief Guest of Honour for the Gala dinner. On 18 and 19 February, therefore, the Senegalese star musicians along with prominent Gambian stars will take Party people to seventh heaven at the Independence Stadium in Bakau.

Point Entertainment has therefore been reliably informed by officials of the Gamtel-Gamcel Staff Association that all in The Gambia have been invited to patronise the event and join all the partakers on their rapturous journey to cloud nine.

Loss of the Holdings after Zakah is Due