Former President Yahya Jammeh has now been living in exile in Equatorial Guinea for about 72 hours.  His chapter as president is finally closed and done with.

However, if media reports are anything to go by, Jammeh’s welcome reception in Malabo was far from a fanfare.  The Equatorial Guinea opposition and rights groups are blaming and condemning their government for allowing Mr Jammeh in due to the numerous crimes he allegedly committed.

Locally, upon his departure, it was alleged that a whooping US$11 million are missing from the state coffers.

This may not be entirely true according to the spokesperson of President Adama Barrow,

Halifa Sallah as he said, according to the information he gathered so far, everything is intact at the central bank, which hosts the main and major accounts of the central government.

Reports are also emerging that several items such as carpets, cars, furniture and other luxury items were stolen from the State House in Banjul.

This should be properly investigated by the security forces with a view to bring the thieves to book.

Even the allegation of money missing from the state coffers, though not corroborated by Mr Sallah, should be properly looked into by people with the right expertise and experience. There could be more to it than just meets the eye.

That aside, we recognise the tireless efforts of the new government in facilitating the return of the thousands of refugees who fled The Gambia to Senegal, at the height of the political impasse.

This process should be speeded up so that the refugees can re-unite with their families. And, as they return, refugees should also be assisted to re-integrate in their communities.

As the chapter of the government of Yahya Jammeh is being sign off with the handing over of dossiers to members of the new government, every allegation and accusation should be properly looked into and investigated, and every effort to hasten the completion of the handing over process should be done.

“Chapter as president is finally closed and done with.” 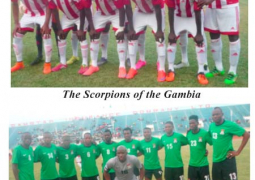 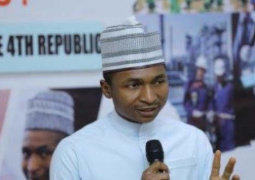