A day-long training and information campaign to eradicate Female Genital Mutilation in the country was Tuesday convened at the Baobab Holiday Resort in Kololi.

Speaking at the opening ceremony, Dr. Isatou Touray, the Executive Director of GAMCOTRAP described FGM as a very sensitive issue. The training, she noted, is one of a series of programmes that GAMCOTRAP has been embarking on.

This, she added, is also one of the activities culminating from the recommendations of civil society with regards to the promulgation of an FGM law in The Gambia.

"We want a law that will be owned by the people and not GAMCOTRAP," Dr. Touray said, adding that it is done to come up with a tool that will help in the promotion of the rights of women and children.

In her opening remarks, Mrs Nyimansata Sanneh-Bojang underscored the importance of the forum, describing it as timely and relevant, as it forms part of the consultations being made by GAMCOTRAP on Female Genital Mutilation.

According to her, in time immemorial talking about FGM was almost a taboo in The Gambia. "There were institutions like GAMCOTRAP who were not alone in the struggle to put an end to Female Genital Mutilation. They took strong steps to ensure that FGM is talked about in the country," she added.

She noted that "it is the civic responsibility of all and sundry to make sure that we do law reform to protect our children from the effects of FGM." In her view, when a nation takes up a responsibility, it is not the responsibility of the President to come out and give directives for it to be done, it has to pass through a process.

She further stated that "it is true that when you liberate people, you don't want to enslave them in another form. But when the people show that it is their will, then this must be done," she said.

Women of this country, she added, are in the forefront of this campaign to protect our children from this practice. "We don't want them to go through what we went through," she stated. 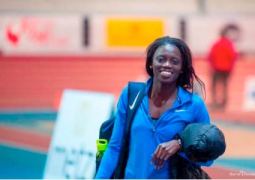 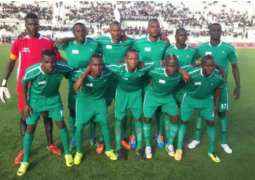