The National GSM operator Gamcel last Tuesday presented ten rams, ten gallons of 20 litres of cooking oil and ten bags of rice to the lucky winners of their Tobaski promotion draw, at a presentation held at the company's Head Office in Kanifing.

She added that the rationale behind this package was to give back to their customers.

According to her, Gamcel has been contributing towards national development in various ways, through sponsorship package for students, the national U-17, among others.

She urged their customers to load more credits in order to stand a better chance to win the prizes.

Speaking on behalf of the three winners, the Alkalo of Bakau, Mr. Lutanding Jaiteh expressed his delight at the gesture.

"Gamcel has been changing the lives of many customers," he stated.

Mustapha Ceesay, the Marketing Manager of Gamcel urged the customers to be part of Gamcel as, according to him, it's the only national GSM operator in the country.

He commended the lucky winners for choosing Gamcel as their first choice. 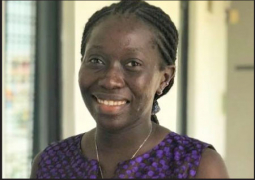