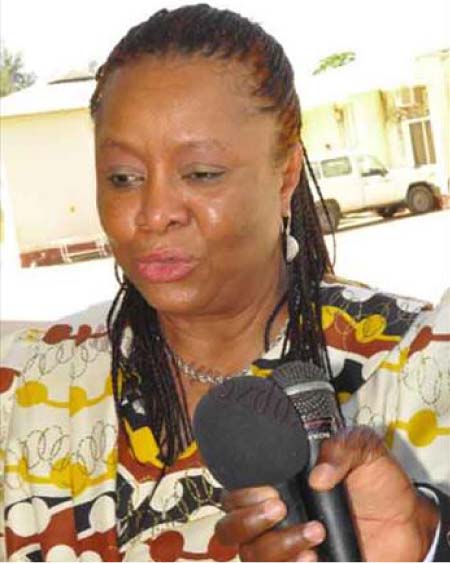 UNDP resident representative and coordinator of the UN System in The Gambia, Ms Ade Mamonyane Lekoetje, has said that about 1.4 billion people still live in abject poverty, and most of them live in rural areas of developing countries.

She added that three of every four poor people live on less that US$1 a day, making poverty a predominantly rural problem.

Ms Lekoetje made this statement on Tuesday at the launching of the Gambia Commercial Agriculture and Value Chain Management Project (GCAV) at the Kairaba Beach Hotel.

She said the GCAV project was not only relevant, but timely as nations are approaching the 2015 deadlines of the Millennium Development Goals and the national Programme for Accelerated Growth and Employment (PAGE).

The UNDP resident coordinator further indicated that The Gambia 2020 integrated household survey (2010 IHS) showed that 48.4 per cent of the population is living below the poverty line of US$1.25 per day.

This shows a decline from the 58 per cent poverty rate in 2003, she noted, asserting that poverty is higher in the rural area with 73.9 per cent compared to the urban areas with 32.7 per cent.

Poverty will not be halved if efforts are not accelerated, particularly in the agricultural sector, which employs over 75 per cent, she further stated.

Ms Lekoetje also stated that The Gambia’s Vision 2020 development blueprint “seeks to consolidate the positive development outcomes” attained in previous and ongoing medium-term development strategies, to significantly increase the welfare of the Gambia’s population through accelerated and sustained economic growth and employment.

“The development goal of Vision 2020 and PAGE is especially anchored on rapid growth and structural transformation of agriculture that enhance wealth creation and expansion of employment opportunities in the economy,” she added.

According to the UNDP representative, there is need to create conditions that would enable agriculture, the manufacturing and service industries to play a key role in the economy, as they are top priorities for the Gambia government.

She said the project is out to strengthen the agricultural production system and facilitate access to markets for targeted value chains among small- and medium-scale commercial farmers, most importantly in the selected value chains of rice and vegetable, for which “accessible markets exist and productivity gains are achievable through adoption of proven technologies.”

The project would go a long way in addressing key developmental challenges of the country, she declared.

Another Point Staff Off To Ghana 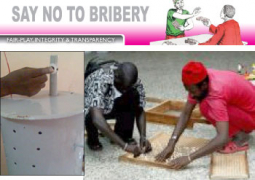