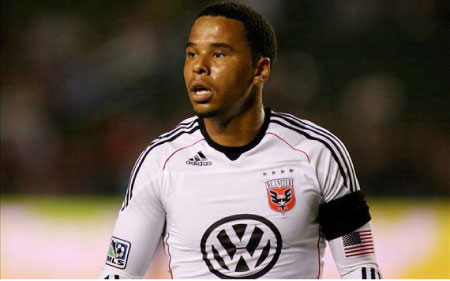 Gambian US-based striker Charlie Davies has returned to Scandinavia after agreeing to a two-year contract with Danish Superliga side Randers, according to MLSsoccer.com.

Davies, the son of former Gambian superstar and captain of the legendary Benfica Club of The Gambia in the 1970s, Kofi Davis, was said to have made the move after receiving a mutual consent release from Ligue 1 Sochaux, according to goal.com.

Davies Denmark’s return is also a comeback to the region where he had his biggest success as a club player.

He played for Swedish side Hammarby IF, scored 21 goals in 56 appearances while in Sweden.

He was involved in a car accident in 2009 that left him with severe injuries and since then he lost his place in the US national team.  A good form in Denmark might help him regain his position into the US side.

Davies had a spell with Major League Soccer side D.C. United where he scored 11 goals in 26 appearances.