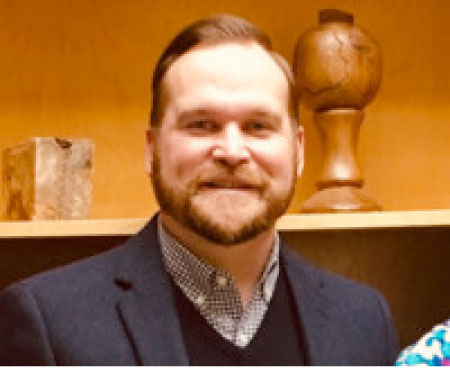 Much of the news emanating from The Gambia over the past several days has been grim. Scenes of protesters being assaulted with teargas and journalists being detained on dubious charges have conjured memories of the country’s authoritarian past. That two local radio stations were also suspended, reportedly due to their critical accounts of anti-government protests, is particularly concerning.

Thankfully, the worst headlines turned out to be false – namely the reports that three protesters were killed over the weekend. Nevertheless, 137 people were indeed arrested with eighteen police officers and seven civilians being injured in the chaos.

These latest events, to be sure, are the foreseeable growing pains of a nascent democracy, one that has only recently emerged from the clutches of one of the most brutal dictatorships ever known to have existed. At the same time, however, the Gambian government surely understands that any semblance of, or reversion to, the tactics employed by the previous regime will not be tolerated. The doomsayers who now claim that the country is ‘falling back on its old ways’ are overreaching. There remains more reasons to be optimistic about the country than not. And these are not merely my own observations, but have been cited by numerous reports published by the world’s most respected nongovernmental organizations, think tanks, and academic institutions.

For example, in the latest Freedom in the World report, issued annually by Freedom House, it was noted that The Gambia made “rapid democratic gains for a second straight year.” In a section detailing global democratic trends, the report singled out The Gambia, citing its “dramatic political opening [that has occurred] under President Adama Barrow.”

Another example is The Ibrahim Index of African Governance, which noted that The Gambia registered the largest overall improvement in Africa over the past several years. According to this same report, The Gambia made the “biggest leap in Africa” in a number of important categories, including “independence of the judiciary,” “transparency in government,” and “absence of corruption.”

Similarly, in the most recent edition of the Economist Intelligence Unit, The Gambia was one of only two African countries to actually improve in the key area of protection of civil liberties, whereas the regional trend was negative, with the aggregate score for civil liberties slightly falling.

And lastly, according to the 2019 Varieties of Democracy index, The Gambia was one of only two countries in the world to improve more than ten percentage points from 2017 to 2018; here, in fact, The Gambia actually registered the highest percentage increase in the world.

Thus, in many ways, The Gambia has bucked the broader trend of democratic backsliding, showing real improvement and resiliency despite the challenging circumstances. Importantly, the country has also firmly re-established its place at the international table — with far too many instances to list exhaustively here.  For example, The Gambia signed and ratified the Convention against Torture in 2018; it has reversed its withdrawal from the Rome Statute and the International Criminal Court; it re-entered the British Commonwealth; and its membership to the African Growth and Opportunity Act (AGOA) and Millennium Challenge Corporation (MCC) — both marquee US-Africa policy initiatives — were reinstated in 2017 due to significant progress on humans rights. Perhaps most significantly, The Gambia has emerged as a new leader on global human rights protection, as evidenced by the successful, truly historic case it brought before the International Court of Justice (ICJ) regarding atrocities being committed in Myanmar.

To be sure, The Gambia will face immense challenges in the future, not unlike the events of this past weekend. That the country’s former dictator threatens a return to the country is certainly not helping matters. Nevertheless, that such remarkable progress has been made in just three years should embolden both Gambian citizens and those who have cheered and drawn inspiration from the sidelines. Equally so, this evident progress should serve as a reminder to the newly arrived gloom-and-doomers that maybe, just maybe, The Gambia will continue to outpace us all.