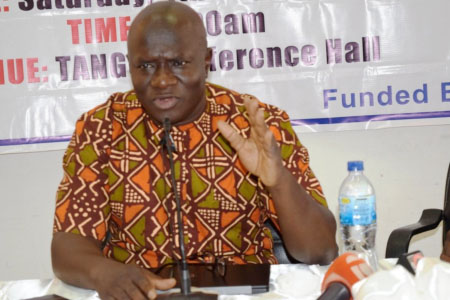 Madi Jobarteh, the country representative for Westminster Foundation for Democracy (WMD), said the quality of the country’s democracy will ultimately rest on how much everybody is involved in the decisions about resource allocation, service delivery, provisions of good facilities and overall, in the protection of the rights of everyone.

Mr. Jobarteh, who is also a human rights defender, was speaking on Friday during a two-day advocacy seminar for National Assembly Members on Inclusion, Participation and Representation of Women, Youth and People with Disabilities.

The seminar which brought together NAMS and civil society groups was held at the NaNA conference center in Bakau.

The seminar is meant to bring lawmakers around the issues of inclusion, participation and representation of youth, women and disability with the wider objective of enhancing the political space to strengthen democracy and good governance.

He further said that democracy is not only the voice of the majority but it is also qualitative and to be of value, rests heavily on how inclusive it is.

“Many people said that democracy is the voice of the majority but it is also to be qualitative and be of value to rest heavily on how inclusive it is, which is how much of every member in the society involved in terms of voice expressing themselves, in terms of participation and also in terms of representation,” Mr. Jobarteh said.

For her part, Rohie Bittaye-Darboe, permanent secretary, Ministry of Women, Children and Social Welfare said that the participation of women, youth and people with disabilities in politics is an important milestone in the attainment of equality and national development.

She added that political participation includes a broad range of activities through which people develop and express their opinions on issues of governance and try to take part in and shape decision that affect their lives.

Hon. Kebba Barrow, majority leader and National Assembly Member (NAM) for Kombo North Constituency, said this seminar was very timely as they were preparing for the legislation for the new constitution, noting that these three sectors are key to ensuring that the administration of the country works towards the democratisation processes in the country.

“Involving the young people, women and people with disability in the process of the country will help greatly in the development of the country,” he argued.

He thanked the Westminster Foundation for Democracy for organising the programme which he opined will help in the smooth running of the democratisation process in the country. 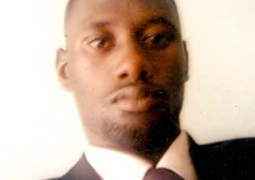