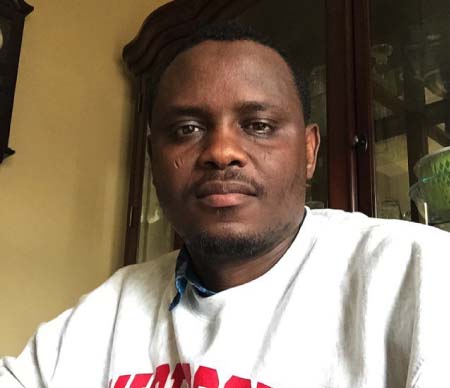 A Gambian born US citizen, Samba Baldeh, on Tuesday won his election bid for a Councilman seat in District 17 of Madison, the capital of Wisconsin State in the north-west of the United States, beating four-time incumbent Senior Council Man Joe Clausius.

Clausius was first elected to the Madison City Council in 2007 and has since been re-elected four times consecutively. He has had a distinguished record as a common council man and served on several committees.

Mr Baldeh who was the fresh man challenger with virtually no political or public office experience mounted a vigorous grassroots campaign using the Obama style of hiring volunteers and knocking on doors to sell his message.

Baldeh hails from Choya village in the Niamina West district of the Central Rive Region of The Gambia and migrated to the United States in the early 2000s. He is a software engineer and a small business entrepreneur. He is heavily involved in his community and has always had ambitions to serve the community in a higher capacity.

Ironically, Samba works for American Family Insurance as a software engineer where Joe Clausius served as a healthcare lobbyist for several years before retiring and moving into public service.

The freshman Common Council man-elect Baldeh was armed with new ideas and promised to bring a fresh perspective and leadership approach to the city of Madison District 17. He was so impressive in presenting himself that the local Democratic Party endorsed his candidature, which gave him a boost and a great opportunity to achieve his historic victory.

In her reaction to the victory, Mr. Baldeh’s campaign chair, Fatou Ceesay, was in an exciting mood, saying our team is very happy at this time. We are yet to get the final results but we are optimistic that this is a clear victory.

Reacting to the results, veteran broadcaster and cameraman, Sankulay Jallow who is Samba’s uncle, was jubilant and said they worked hard to get a victory.

Mr. Baldeh’s election to a Common Council man seat is unprecedented and marks yet another historic breakthrough for African descendants whose election to higher office was unthinkable few decades ago.

The election of President Obama, the first black President of the US, has indeed created a whole lot of opportunities for young African-Americans. Samba joined Momodou Ceesay, who was also elected Mayor of Oklahoma city, after also serving as a council man.

In his reaction to Baldeh’s election victory, Mr Ceesay, who had supported the election bid, expressed happiness.