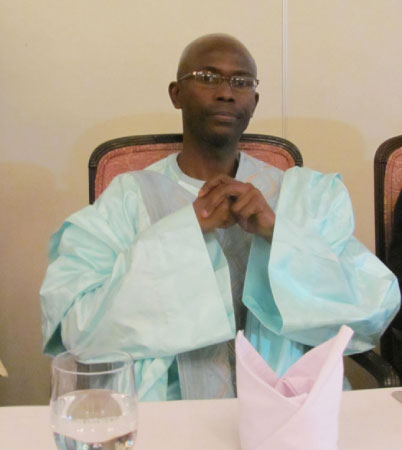 Dawda Sarge, managing director of Prime Insurance Company Limited, has been installed as the new president of the West African Insurance Companies Association (WAICA) for one year, succeeding Fatai Lawal, a Nigerian.

Mr Sarge’s installation was conducted on Tuesday during a dinner bringing to a close the two-day annual general meeting and educational conference of WAICA, which brought together about 200 insurance professionals from across West Africa, held at the Kairaba Beach Hotel in Kololi.

Dressed in traditional African fabric (Getzener Bazin), Mr Sarge took the prescribed oath of office pledging to discharge his duties faithfully to the best of his ability and “in accordance with the Constitution of WAICA and law”.

Shortly after taking the oath, before the WAICA executive committee members and the general membership, as well as family members and well-wishers, Mr Sarge said: “I wish to thank my colleagues in the Gambia insurance industry, especially the executive committee members of the association (Insurance Association of The Gambia), for your magnanimity and confidence which you demonstrated by nominating me into the (WAICA) executive and as the president for 2012 – 2013.”

“I would also like to thank the chairman and board of directors of my company for endorsing my nomination and I equally look forward to their support, understanding and patience during this period.”

Mr Sarge, who is also the president of the Insurance Association of The Gambia, acknowledged and saluted his predecessor, the immediate past president of WAICA, Mr Lawal, “for a successful tenure and for a job well done”.

Mr Lawal has laid a solid platform for him to build up and consolidate, the new president of WAICA noted, pointing out that the theme of his presidency is basically to increase the membership of WAICA. “This we hope to achieve by involving the local industry association,” said Mr Sarge, who also stated that as a membership-based organization, raising the profile of WAICA has become key for the institution to achieve its goal.

“What I am referring to here is that since it is the WAICA objective to increase its membership in order to maximize revenue, high on my agenda, however, is to consolidate and enhance the good work of the executive [of WAICA] by increasing membership of the association so as to have the much needed revenue to sustain the activities and operations of the association.”

Broadening the membership of WAICA will provide a vehicle for interactions and formation of alliances that would strengthen the region in the global competitive economy.

Speaking earlier, Mr Lawal, the immediate past president of WAICA, said:“It is already one year and it’s time to hand the mantle of leadership of our association to a brother and a friend, Mr Dawda Sarge of The .

“I feel highly honoured and fulfilled for the opportunity of leading our association in the last one year. I am particularly grateful to God for His mercies, and to members of the executive committee, and the entire membership of the association for making it possible for us to accomplish our set goals.”

Mr Lawal thanked the executive committee of WAICA for the support given to him during his tenure as the president while urging them to give similar support to his successor.

During Mr Lawal’s tenure, the membership of the association did increase and he was also able to generate greater interest in the association’s activities among members and non-members, the former WAICA president said: “I am happy, pleased and proud to take bow and handover our association to a worthy successor, Mr Dawda Sarge.”

While handing over the medal of the WAICA presidency to Mr Sarge, Mr Lawal noted:“I believe Mr Sarge will work harder to take our association to greater heights.” 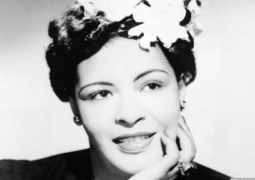