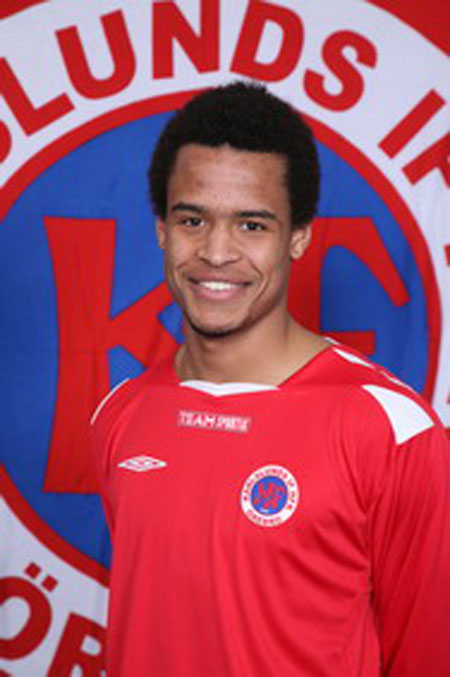 Samuel Frensborg Jammeh, who plays for Karlslunds IF HFK is among a host of foreign Gambian stars plying their trade in the Swedish football league in Europe

The left wing and right footed player was born in Sweden on January 15th 1992.  He is a perennial member of the Swedish Division Two side, who had made impressive performances.

The 18-year-old, who could not hide his intentions to play for the his native country, The Gambia could be a perfect choice for the yet to be named Gambia U-20 squad for the qualifying campaign of  the 17th  African U-20 Championship, billed for Libya 2011.

The Gambia U-20 will meet Sierra Leone U-20 side, Shooting Stars in the first round of the African U-20 qualifiers, set to commence on the weekend of July 23, when the Baby Scorpions will host the Shooting Stars in Banjul.

The return leg will be played two weeks later, and in the first week of August.