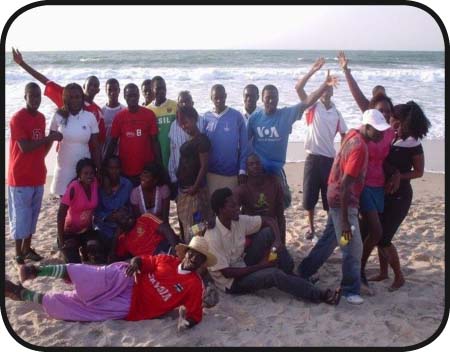 In an effort to re-brand itself and provide stronger identity for its members throughout the country, delegates at the 2014 Sports Journalists Association of the Gambia (SJAG) general assembly on Saturday endorsed changes to the 1997 constitution.

That vote came after agreement to alter the statutes surrounding membership and subscriptions, voting, affiliation and finance in a general meeting held last February.

Sports journalists from 17 media houses in The Gambia, plus freelancers and photographers were present at the Gambia Press Union.

There had been reservations that the event might be marred by poor attendance, given the apathy towards past events.

The issue which lent credence to such fears was the fact that some sports journalists in the country had been enmeshed in internal squabbles and factions.

But as it turned out, the General Assembly of the SJAG nipped the problems in the bud and persuaded the factions to fuse as the day ended with broad smiles on each delegate’s face as they posed for a “unity group photo session”.

“This important meeting is a rare occasion which is set to scrutinize and adopt what I would call the 2nd constitution of the Sports Journalists Association of The Gambia. The constitution will serve as our working document for the years to come.  So, it’s vital we came here as a unified group and made clear and sound decisions in this forum,” SJAG President Sainabou Kujabi-Njie said earlier.

Lamin Cham, founding father of the SJAG who had tirelessly clamored for such a convergence, was delighted with the decisions made during the congress.

“Unity and purposefulness is the way forward for this association and from today, I am very optimistic about the future,” he said.

Namory Trawally, member of the constitutional review committee, was visibly happy about his studied idea going directly to a vote for acceptance by the session.

Earlier in his presentation, he reminded delegates what necessitated the review, saying it’s in the “best interest of our profession”.

From all the discussions and deliberations, the general consensus at the assembly was clear. The Gambian Sports media from now on will unite, to firmly establish ourselves in working to enhance professionalism and promoting sporting excellence in the country.

The delegates agreed that sports journalism in Gambia must, therefore, be repositioned in efforts to transform Gambia’s sports development.

Finally, the 2014 General Assembly approved the following the amendments:

-           Henceforth, all members of the SJAG must be affiliated or belong to at least one  media organization, either as a freelance or full-time staff member, with proven record of previous work in any media as a sports journalist or photographer.

-           Applicants shall be required to obtain a letter of recommendation from the head of his/her media establishment for an application of membership to be considered.

-           Each member must pay a subscription fee of D500 to re-register by completing a registration form. The deadline for this is 13th of July 2014. Members shall pay a monthly contribution fee, the amount of which will be determined by the next Executive Committee.

-           Failure to pay your monthly contribution within a grace period of 6 months your membership will cease.

-           SJAG will appoint external Auditors for our Accounts to meet modern management standards. Thus, the position and functions of the Auditor in the old constitution is removed.

-           All Specialised Sports Journalists Movements in the country shall operate as a committee under SJAG and shall report to the SJAG.

-           The Executive Committee shall serve for a period of four years (full term) starting from the date that they were voted into office.

-           Four persons from amongst the members of the association shall be nominated by the General Body to serve in the Executive Committee as Co-opted members.

-           All expenditures exceeding D10,000 (Ten thousand dalasi) shall be referred to the General Body for approval or otherwise. They shall provide a signed notice to the treasurer indicating their decision authorising the expenditure or otherwise.

Amended and approved by the General Assembly meeting held on May 24, 2014 at Gambia Press Union in Fajara. 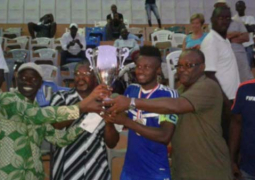