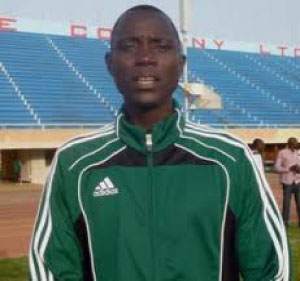 Gambian referee Bakary Papa Gassama has been named for Sunday’s CAF Champions league clash between Asante Kotoko and Algerian side JSM Bejaia at the Baba Yara Stadium in Kumasi.

Gassama, one of the renowned referees on the continent, is also on the shortlist of 25 prospective referees for the 2014 FIFA World Cup in Brazil.

The 36-year-old Gambian central referee is in Ghana with his team of ‘compatriots’ for the 1/16th round second leg assisted by Yawo Dickory and Sosseh Souleymane with Jallow Mauda as fourth official and Togolese Kossi Adjodoi as Match Commissioner, businessghana.com has stated.

The first leg held three weeks ago in the Algerian ports city of Bejaia ended barren.

The winner will face either 2012 losing finalists Esperance Sportive de Tunis from Tunisia or Angolan side Primeiro de Agosto at the next round.