Amadou Sanyang and Emmanuel Gomez's Toronto welcomes the league-leading Los Angeles Galaxy Saturday. Toronto who so far are progressing positively, since the  start of the first of the half of the season, and standing on 6th position and 17 points will go into Saturday’s encounter  missing the services of 23-year-old Sam Cronin.

The two-way midfielder was recently sold to San Jose Earthquakes who needed a crucial midfielder to replace Andre Luiz, who limped out with a knee injury in an MLS game before the World Cup break.

Ahead of the crucial encounter, Toronto manager and director of soccer Mo Johnston said the side have some flexibility at the midfield position, and this move allows them some room to get another player or two in the squad for the second half of the season. 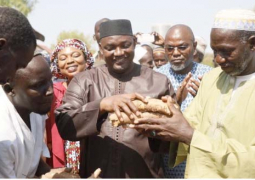