Members of the Pan African Parliament (PAP) yesterday elected Chadian, Hon. Idriss Ndele Moussa, as president of the parliament in what was described as the most 'controversial election' in the history of the parliament.

There was confusion right at the beginning of the election as members were arguing as to the absence of Libyan leader Col. Momar Ghadafi, current chairperson of the African Union, only to realize later that a delegation from the African Union Commission in headed by Ms Chenna Diarra, Deputy Legal Counsel, were present to chair the elections. According to the rules of procedure of the parliament, elections of the bureau should be chaired by the chairperson of the African Union or any person as may be assigned by him.

Central African Hon. Idriss, a dental surgeon by profession, was elected as the new President of the parliament after securing 84 votes, whilst his closest rival, Hon. Lassane Sawadogo of managed to secure 34 votes. The third aspirant Hon. Mostefa Abdelaziz El-Gandy of received 13 votes.

The elections, which was highly anticipated, follows an earlier decision by the African Union in its 12th Ordinary Session held in Addis Ababa early this year requesting that the Pan African Parliament amend its rules of Procedure to conform with the legal instruments of the Union and also for the Parliament to urgently fix a term limit for its bureau and to immediately hold new elections to renew the mandate of the current bureau or elect a new one.

At the start of the current 11th Ordinary Session of the parliament some two weeks ago, members of the Pan African Parliament called on the outgoing bureau headed by Hon. Dr Getrude I Mongella of Tanzania and the entire bureau to tender their resignations for what they described as a 'lack of confidence' in the administration.

Members of the parliament said this decision by the African Union is a clear indication that the has lost confidence in the current bureau and thus calls for their immediate resignation.

The 'regaining of the confidence of the African Union', transformation of the Pan African Parliament from an advisory body to a legislative one, the need for regional integration and to salvage African people, and poverty eradication among others was all that the members want and thus was the centre of focus by candidates during the campaign period.

Members say the election of Hon. Idriss Ndele Moussa, 56, will serve as a turning point in the history of the Pan African Parliament. "We have confidence in him that he can take us where we want in the interest of the continent and its people whom we represent here", said Hon. Mary Mugyenyi of .

In a short statement after his election, Hon. Irdiss expressed gratitude to the outgoing President Hon. Mongella who 'over the last five years steered the affairs of the institution on the right path'.

"I come from but I stand before you here as an African. I will demonstrate a sign of democracy as President of the parliament in the best interest of the African continent and its people. We are going to establish a committee of administration to work in earnest in realization of this objective", he said.

The Pan-African Parliament was inaugurated on March 18, 2004, by Article 17 of the Constitutive Act of the African Union, as one of its Organs provided for in the Treaty Establishing the African Economic Community signed in , in 1991.

Its establishment was seen as a decisive stage in the unification process of the African continent and a vision to provide a common platform for African peoples and their grass-roots organizations to be more involved in discussions and decision-making on the problems and challenges facing the continent.

The term for the presidency is five years renewable once. 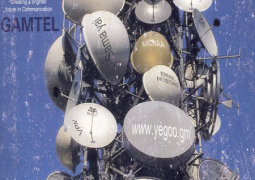