Gambia’s Chief Justice Ali Nawaz Chwhan has said the establishment of the institution for judicial training got its inspiration from the word of the national anthem of The Gambia; “Let justice guide our actions towards the common good.”

The Hon Chief Justice was speaking at the inauguration of The Gambia Institution for Judicial Training at the Law Court Complex in Banjul on Thursday.

He pointed out that in the 1997 constitution, the establishment of a just society in The Gambia, and a capable judiciary with certainty of laws and procedures are a sine qua non for the fulfillment of this great wish.

He stated that a big chunk of the population in the rural areas deals with the justice system established under the District Tribunal Act of The Gambia 2009.

They administer the customary law, along with the Shariah law, and a study of their work shows absence of codified laws in  jurisdiction and this creates uncertainties, varied pattern of decision based on discretion and arbitrariness, which are at times incoherent.

He disclosed that it was well-known that the presiding officers need training in the skills of trial and research.

“There is a backlog of cases with the courts working under the common law. There is need for the development of skills for the disposal of the backlogs and writing of erudite judgment,” the Chief Justice stated.

The Cadis court need training in professionalism, preparation of records, the correct use of Islamic jurisprudence, and the handling of Shariah cases in the jurisdiction vested in them by the 1997 constitution, he added.

The obvious need is for capacity building in these areas involving four different types of judicial system, common law, Shariah law in cases of marriage, divorce and inheritance.

Customary law administered under the District Tribunal Act and the courts conducting Alternative Dispute Resolution (ADR) had newly been introduced, he said. 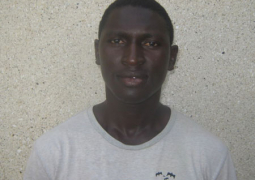