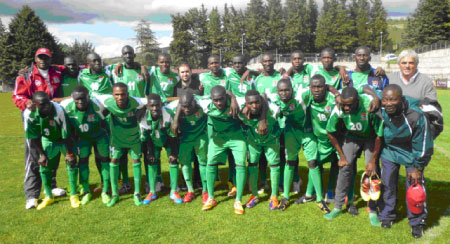 The Gambia U-19 team and delegation will return to Banjul today, Tuesday morning, after a week-long sojourn in Italy at the invitation of the Italian Amateur Football Federation as part of the 3rd edition of their international football tournament.

The Gambia played two matches in the tournament and exited without a win.

The junior Scorpions lost to Slovenia two nil in their opening account and drew to hosts Italy one-all but could not proceed to the finals.

Cognizant of the bilateral ties between the Ministry of Youth and Sports /the Gambia Football Association and Italy, the Gambian team and delegation were granted the opportunity to stay in Gubbio and Perugia to engage in practice matches.

The team was also joined by the permanent secretary of the Ministry of Youth and Sports (MoYS), Mambaynick Njie, at the Trestina Stadium, who earlier arrived in Perugia for talks with the Italian officials about cooperation and technical assistance between the two countries.

The team later left Gubbio for Perugia the provincial capital of Umbria to complete the rest of their stay.

The team on Saturday was taken on a touristic tour of Perugia’s historical area, which houses the main centres of Italy’s colonial buildings in the high hills of the city.

The tour further took the team to the city’s shopping mall where only a few players and officials could buy items because of the high cost.

Sunday was the final but last practice match for the Gambia U-19 against a local selection in Perugia. The match played at the Federation headquarters playing pitch, which was just less than five minutes walk from the team’s Hotel Plaza.

Although the weather was very cold on the day, the lads trekked to the ground and mercilessly beat the home side 5-1 with The Gambia’s goals coming from Ali Sowe with a hat-trick, and Musa Bojang and Hamza Barry each with a goal.

The Perugia side were consoled with a Ricardo second half goal after collecting a neatly sent pass from the middle and just beat his marker to slot in the lone goal for his side.

Peter Bornu Johnson effected substitutions but the scoreline remained the same and finally ended 5-1 for The Gambia.

The Gambia team on Monday morning drove to Rome to pick up their flight on Royal Air Maroc to Banjul on Tuesday morning.

Information from the Gambian camp has it that Italian football officials will be in Banjul in June as guests of the MoYS and GFA to formally sign the Memorandum of Understanding between them and The Gambian authorities.

The visiting officials would also be at the Independence Stadium to watch the Gambia Vs Morocco match in the World Cup qualifier. 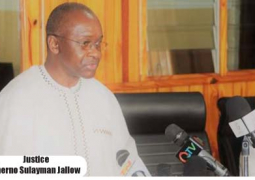 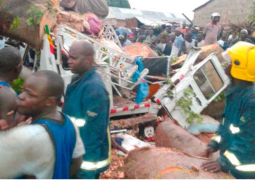 The Girls’ Agenda celebrates the Day of the Girl Child