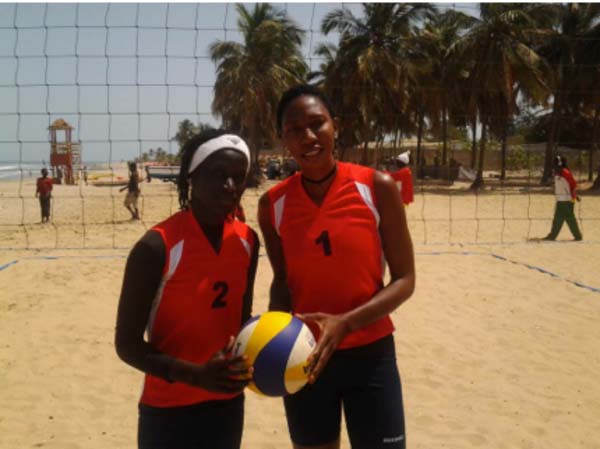 The Gambia women and Sierra Leone men beach volleyball teams have once again retained their dominance in the zone.

The Gambia then rounded off a memorable day as they were victorious in all 2 matches that they played, following their victory.

This matchup had even more excitement in store for the host as they have climbed top of the ranking.

In the men game, Sierra Leone dominated with their brilliance. Team Salone won the derby on edge against the towering Gambia pair of Alieu Barry and Ebrima Jatta.

The Gambia also showcased their brilliant serving and passing game in the match.

Throughout the game, both nations were able to control the matchup with their adept passing play. The players utilised their passes to set up point-winning spikes and this aspect of the game has been improving steadily, especially in the finishing department.

Despite the unfavorable result for Guinea Bissau, all three nations booked qualifications to this year’s Africa Cup of Nation finals.