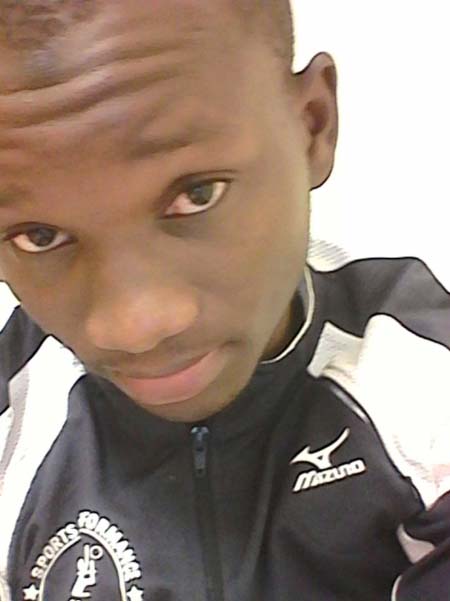 The Cassamance region is in the southern region of Senegal which, although connected in the East to Senegal, is separated from the rest of Senegal by the Gambia. The Cassamance conflict is a low-level conflict that has been waged between the Government of Senegal and the Movement of Democratic Forces of Casamance (MFDC) since 1982.

After a while, renowned freedom fighters by the names Emile Badiane and Father Augustin Diamacoune Senghor realized that there was once an agreement as per the handing over of documents for the freedom and the liberation of Cassamance for independence. Both Badiane and Father Senghor asked about the wear about of the document to the Senegalese President then Abdou Diouf in order to facilitate the Independence of Cassamance.

During the struggle for the freedom and independence of cassamance at the initial stage, Father Senghor was injected which results to his death, as he was challenging the Senegalese to give him the signed documents. Then, Badian also took up the challenge and struggled extremely hard for Cassamance and its people to regain Freedom and Independence as per the agreement made by the Purtuguese too.

In the struggle he was seen as a treat to the Senegalese too and that also lead to his death. As a result to which inspired the people of Cassamance fighting for their independence remains an untold story in Africa.

In 2006, there exists a bilateral agreement between the President of Senegal, then Abdoulaye Wade and the rebel group with the object of laying down arms and join together to form one great Senegal. But then, some of the rebels thought it wasn’t a great idea to abide by the proposal brought forward by the Senegalese government which led to division among the rebel groups as they have different aims and objectives in the struggle.

Those various divided groups were led by Salif Sajo, Kamugai Diatta, and Paul Sambou etc. But among all groups, the one led by Salif  Sajo became the strongest group with the strongest motive of leading Cassamance to independence at all cost resulting to war for decades. Salif became the headache of the Senegalese since he stands firm and mastermind the revolution that is still fighting for the liberation of Cassamance with his rebel group named MFDC.

Salif is a reasonable man who drew my attention the day he released about eleven arrested Senegalese soldiers during the brutal invasion. The event was then witnessed by the Gambian government under the leadership of President Yahya A.J.J. Jammeh and Amnesty International. He spoke at length about the purpose of their existence claiming that the Senegalese government only sent the natives of Cassamance residing in the Senegalese forces to invade Cassamance resulting to brothers picking up arms and fighting against each other. Salif further stated that since the rebellion was formed, known of the international media went to Cassamance to ask about what conspired between them and the Senegalese people but rather depends on the information provided by the Senegalese which he strongly advocated that would not end the war in Cassamance. He also opened rooms for dialogue to end the long existing chaos that Cassamance is subjected to for decades.

This war between the rebels of Cassamance and the government of Senegal started long since and the Cassamance people would never stop until they regain what rightfully belongs to them. Who feels it, knows it, the people of Cassamance are subjected to pain and agony, brutality and corruption from the Senegalese government.

Some days in history, the Senegalese government invaded Cassamance capturing and killing innocent women and children calling them rebels, burning down houses to ash, destroying their animals, louting their resources and other sources of living. This is when the revolution was mastermind by Sirlif to protect the integrity of the people of Cassamance and they revolved against the Senegalese forces which lead to the death of many.

The Cassamance story is very sad as a good number of people lost their lives and property, thanks to the Senegalese government for their brutality, subjecting innocent women and children to vacate seeking for refuge in nearby countries.

The real trick to good governance is to place the needs of the masses above everything else; to lead not just with words but with action. Actions define priorities. It’s the only way politicians can successfully bring us the long sought dividend of democracy. It is time for all Africans to come up with tangible solutions in order to safe Cassamance. What this tomorrow looks like depends on our action today.

In the Darfur killing it was written and in Cassamance it is being sealed: How many shall join the hundreds of thousands, who have already perished, and how many shall be born into a horrible life, who shall live and who shall die,

In the Libya killing it was written and in Cassamance it is being sealed: who shall be raped and who shall be tortured, who shall perish by sword and who by bullets, which village shall be burned and which forest shall be looted,

In the Somalia killing it was written and in Casamance it is being sealed: who will make it to the refugee camp and who will die on the route, who will die by hunger and who by thirst, who by disease and who by plague,

In the Liberia killing it was written and in Cassamance it is being sealed: Who will have their food rations cut and who will get enough food for another day, whose child will die and whose will survive.

But using our voices on paper, exercising our power and demanding action through nonviolence can help restore peace in Cassamance. NOW !!.

Darboe and Co trial reaches climax, as case set for adoption of briefs