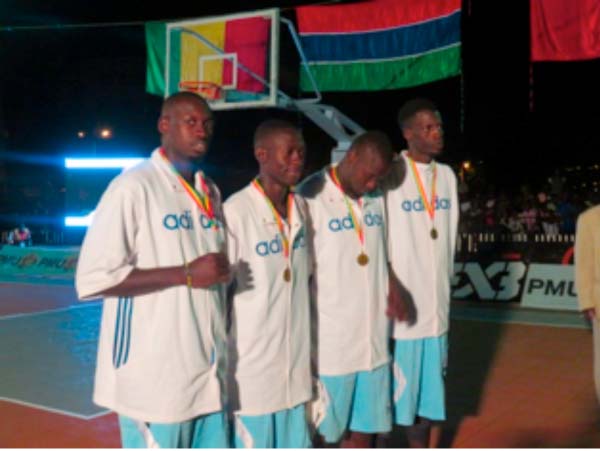 The Gambia 3 on 3 Male basketball team just returned with a bronze medal from the first FIBA sanctioned Zone II tournament held in the Malian capital Bamako.

The tournament was played in a round robin format with Mali presenting two teams to complete the cycle but with only one that can vie for the championship.

This late victory qualified the Gambian trio to the semi-finals where it was again scheduled to face Guinea Conakry.

The Gambia failed to make it to the final after falling 10-6 to Guinea Conakry and Mali A also beat Mali B in the other semifinal game. Mali A beat Guinea in the final to clinch the trophy, which qualified the two teams to the Afro-basketball tournament to be held in Nigeria by March next year.

The Gambian delegation comprised 4 players, a coach, the president and a journalist.

The Gambian team’s trip to Bamako was entirely and jointly sponsored by the Government of The Gambia through the Ministry of Youth and Sports and the Gambia National Olympic Committee (GNOC).

This is the first outing of the national basketball team in over 20 years and the experience, according to Captain Pa Cherno, is overwhelming.

The tournament was graced by FIBA president for Africa and for Zone Two as well as officials of the Malian federation. 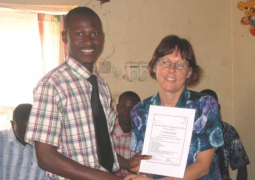