The Gambia National U 17 team will lock horns with Ghana U17 team in the first leg of the final round of the 2009 CAF U17 youth championship qualifiers this Sunday the 9thof November 2008 in Accra.

The Gambia U 17 team are the hope of Gambians in all competitions after the recent elimination the senior national team from the 2010 World and African Cup of Nations qualifiers.

The Ghana U 20 team also eliminated the U 20 team last month.

Speaking to Pointsports, the Head Coach of The Gambia National U 17 team, Tarik Siagy, said that his boys will certainly come home with a victory on Sunday in in the first leg and finish the job in the second leg in in a fortnights time.

He revealed that morale is high in camp and his boys are ready for their weekend clash with Ghana U 17 team in the first leg of the 2009 U17 youth championship qualifiers.

He further revealed that his team could beat Ghana U 17 team and qualify to the 2009 CAF U 17 youth championship tournament in next year.

It will be recalled that the Ghana national U 20 team knocked The Gambia U 20 team out of the 2009 CAF U 20 youth championship to be hosted by Rwanda in 2009. 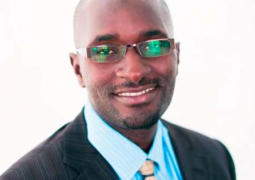