The Gambia U-20 volleyball male squad was crowned champions after beating opponents in all their games held at the African volleyball championship qualifiers round held in , from 19 to 22 December 2012.

The beat Guinea Bissau 3-0 in their first encounter, and in their second game also defeated Guinea Conakry 3-0. However, in the clash with Senegal, host of the qualifying round, the Gambian them 3-1 and consecutively qualified alongside with Senegal for the African volleyball championship due to be held in Tunisia, in March 2013. 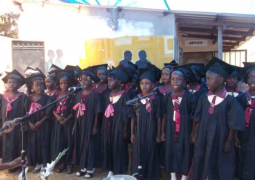