Under the guidance of Egyptian Coach Tarik Siagy, The Gambia U-17 team will leave today for , to play their second leg encounter against the Leone stars on Saturday.

The Gambia Civil Aviation Authority GCAA is said to be airlifting the player as part of the second leg encounter of the qualifiers of the 8th African U-17 Championship slated for in 2009.
The Gambia U-17 team have a big advantage over their opponents following their 4-1 winning performance in at the Independence Stadium in Bakau.

The Head Coach of The Gambia U17 team, Tarik Siagy, who spoke to Pointsports, expressed optimism that his team will collect the maximum points in . "We are well prepared for the game, the team is intact and the players are well focused," he stated. 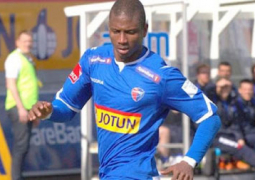